on February 23, 2011
Update:
The reviews are in - get your tix as soon as you can: the New York Times describes the effect of The Nightingale’s palace scene as “more splendid than the Imperial Palace scene in the Met’s popular production of Puccini’s ‘Turandot,’ a Zeffirelli extravaganza;” that “the Canadian Opera Company’s orchestra and chorus were vibrantly conducted by its accomplished young music director, Johannes Debus,” and remarks “the first half of the program employs nimble acrobats and the most affecting and intricate puppetry I have ever seen.” The New York Post says that The Nightingale and Other Short Fables “confirms why [Robert Lepage is] one of the most imaginative directors currently active” and has created a show full of moments of “pure magic” and “childlike wonder.” The Associated Press praises the production’s “terrific” cast, singling out for praise soprano Olga Peretyatko (the Nightingale) for a “fresh, silvery sound” that “easily negotiates the tricky coloratura flights Stravinsky has given his heroine. Tenor Lothar Odinius is a warm, sympathetic presence as the Fisherman; bass Ilya Bannik makes a pitiable Emperor; and mezzo-soprano Meredith Arwady is commanding as Death.” Time Out New York proclaims the production “theatrical and operatic bliss.”

"...illusionist Lepage has succeeded in the space of an evening in giving back to adults...a capacity for enchantment reserved for children" - Le Figaro 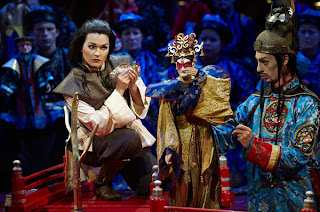 Following a sold-out world premiere engagement in Toronto and standing ovations at Festival d'Aix-en-Provence, Robert Lepage's critically acclaimed The Nightingale and Other Short Fables makes its anticipated US premiere at BAM. This production, called "nothing short of brilliant" by Opera (UK) marks more than 20 years of groundbreaking LePage Productions at BAM as well as the Canadian Opera Company's return following it's 1993 presentation of Lepage's double-bill of Bluebeard's Castle and Erwartung. 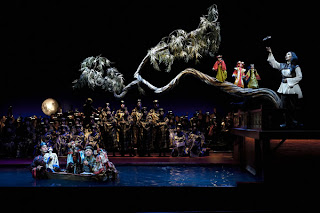 Andersen. Under the direction of Lepage the opera is transformed into a magical chinoiserie centered around a moonlit lake-created by filling the orchestra pit with nearly 12,000 gallons of water. The musicians and chorus are placed onstage, allowing the audience to see and hear the various musical layers that make this production so entrancing. Traditional pan-Asian water puppets, created by Tony and Emmy award-winning designer Michael Curry, float and are manipulated by the same singers whose roles they represent, telling the tale of the ethereal nightingale who persuades Death to spare the Emperor. 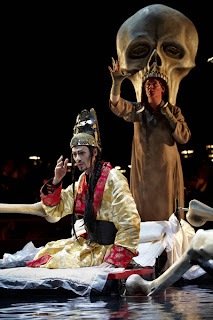 Versatile in every form of theater craft, Robert Lepage is a director, scenic artist, playwright, actor, and film director. His creative and original approach has won him international acclaim, numerous awards, and has shaken the dogma of classical stage direction to its foundations, especially through his use of new technologies. Inspired by contemporary history, his modern and unusual work transcends all boundaries. Lepage founded his Production Company, Ex Machina, in 1994. He is currently working on a production of Wagner's Ring cycle for the Metropolitan Opera. 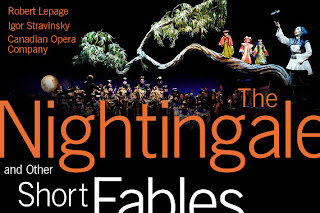