Toronto Family Day Event Update:
Camera call time: 8:30am – To break the record, call time for all participants is 8:30am. At 9:45am, we will break the record followed by the free screening. 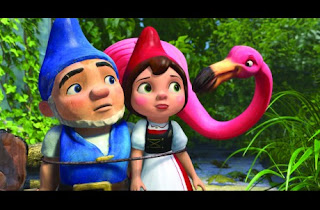 Opens in Canada on Friday, February 11th, 2011
Then get ready for a shedload of fun on February 21st!

In the upcoming Gnomeo & Juliet , Shakespeare’s revered story gets a comic make-over.  Directed by Kelly Asbury (Shrek 2) and featuring both classic and original songs by Elton John. Gnomeo (voice of James McAvoy) and Juliet (voice of Emily Blunt) have as many obstacles to overcome as their namesakes… but with plastic pink flamingoes and thrilling lawnmower races in the mix, can these star-crossed lovers avoid tragedy and find a happy ending? 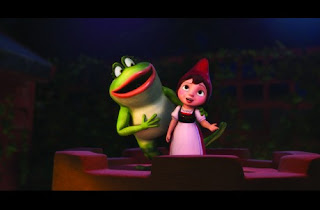 MARK YOUR CALENDARS ON FAMILY DAY.
In Toronto, eOne Films has planned an event you will want to capture!

eOne Films invites you to join us as we attempt to break the Guinness World Records for the largest gathering of people dressed as garden gnomes.
An official judicator will be present! 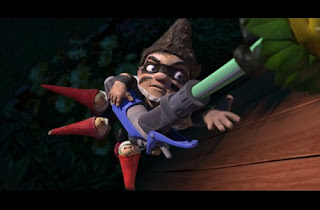 The first 400 people to arrive in costume will receive a free ticket to our activities and morning screening of GNOMEO AND JULIET in 3D. Initial time was given as 9:30am, but that is subject to confirmation (I'll let you know as soon as they let me know).

There will be family–friendly activities beforehand.

Check out the trailer below - and you can play some GNOME games at www.gnomeandjuliet.com.

Running time: 84 minutes
FUN FACT: Part of the film was animated right here in Canada!  STARZ ANIMATION in Toronto served as one of studios where much of the film was made.
animated film canadian movie release elton john eone films gnomeo and juliet guinness world book of records 2011 starz animation toronto movie premiere