InDigest is pleased to announce the start of the 2011 season of the InDigest 1207 Reading Series. The series where we ask authors to read some of their own work and also read a work of literarture, or bring a piece of 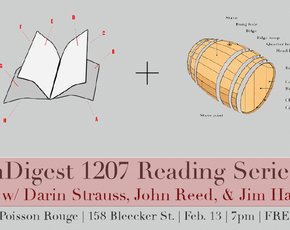 art, that has inspired their own work. The 2011 season starts in February with readings from Darin Strauss (pictured below - Half a Life, McSweeneys), John Reed (Tales of Woe, MTV Press), and Jim Hanas (Why They Cried, ECW Press). The season will continue after that with a yet to be announced tribute to Nabaokv as well as readings from Laird Hunt, Jena Osman, Melissa Broder, Anna Rabinowitx, Kim Gek Lin Short, Nathan Hoks, and many more. 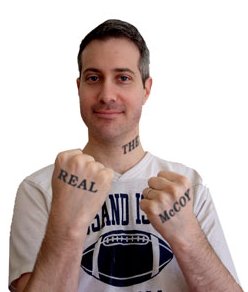 InDigest Magazine was founded by writers David Luke Doody and Dustin Luke Nelson as an online home where a dialogue between and about the arts may be struck. The magazine is home to poetry (Rodrigo Toscano, Stephen Burt, Ronaldo V. Wilson, Jen Knox, Alex Lemon, Ada Limon), fiction (Peter Bognanni, Sam Osterhout, JC Hallman, Nicole Hefner, and Tao Lin), online broadsides, the InDigest broadcard printing series, The InDefinite podcast, criticism, art, interviews, and more. InDigest is celebrating three years of existence with special events in New York and Minneapolis, with a new series of broadcards (some based on the popular online broadside series in each issue), and with many many adult beverages. New content can be found at www.indigest.com.