New York, NY – When you think of finely tuned guitar-pop, Stockport, UK is not what necessarily comes to mind as a breeding ground for the next big thing. Indie rockers The Kill Van Kulls - now 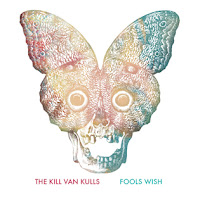 Manchester-based - have only been together for six months and have already garnered attention from the likes of XFM and BBC. While finding inspiration in a disused mill and working through the night to sharpen their upbeat four to the floor, kick heavy pop songs, The Kill Van Kulls plan to release their first single “Fools Wish” via the band’s own label on February 28th.

In the grand tradition of Echo & The Bunnymen, what started out as a three piece plus a drum machine, has evolved into a more robust and lush sounding quartet that’s reminiscent of The Doves, The Cure, Simple Minds and pretty much any John Hughes film soundtrack. More recent artists with the same flair for indie pop and new wave rock that come to mind include Twin Shadow, Brahms, Amazing Baby, and Neon Indian.

Their lead single “Fools Wish” is a lean chunk from the new wave era with driving electro pop and enough sound and texture to envelop venues of all sizes. To complement the “Fools Wish” single, the band 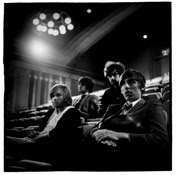 To date, the band has kept live appearances to a minimum. Nevertheless, The Kill Van Kulls have already managed to perform at the In The City music conference, and shared the stage with The Naked and Famous at the Borderline in London and with Mona at the Night and Day in Manchester. XFM recently featured the Kill Van Kulls in their 21 Tips for 2011 poll and they were interviewed on Chris Moyles’ show early this year as part of BBC Introducing. Consider this a warning North America. Stay on your toes with ears wide open, as The Kill Van Kulls plan to make a trip across the Pond, poised to spread their infectious tunes to US and Canadian audiences alike.