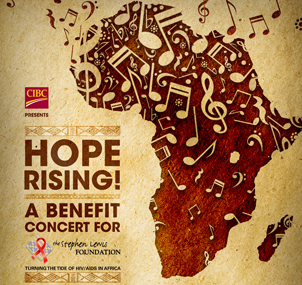 TORONTO, ON – Twelve-time Grammy® Award-winner and world-renowned activist Alicia Keys will headline Hope Rising! A Benefit Concert for the Stephen Lewis Foundation presented by CIBC alongside international recording artists Angelique Kidjo, Holly Cole, Gloria Reuben and more. These celebrated artists will take the stage at the Sony Centre for the Performing Arts in Toronto on Tuesday, May 3 at 8 p.m. With the talents of these and other illustrious artists, Hope Rising! shines a celebratory spotlight on grassroots African communities working to turn the tide of HIV and AIDS in Africa.

• Tickets are available via Ticketmaster at www.ticketmaster.ca,
• By phone at 1.855.872.7669,
• Or in person at The Sony Centre box office.
• Concert tickets start at $150.
• A limited number of packages are available for premium Hope Rising! concert seating and access to the official after party for $1,500. 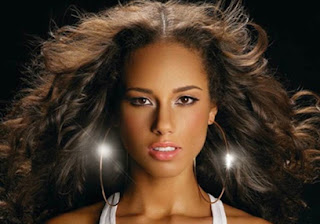 A pre-show dinner and discussion, The Globe and Mail Roundtable: Philanthropy for Hope and Impact will also feature Harry Belafonte, actor, musician and humanitarian; Stephen Lewis, former United Nations Special Envoy for AIDS in Africa; Aissatou Diajhate, director of programmes; and Jessica Horn, international expert on donor support for human rights. The Roundtable is a once-in-a-lifetime opportunity to join a small group of special guests for a dinner and roundtable discussion about how philanthropy can have a concrete and powerful impact in peoples’ lives on the frontlines of the AIDS pandemic. A limited number of VIP tickets are available for $2,500, which includes premium concert seating, pre-show dinner and roundtable, plus access to the official after party. (pictured: Alicia Keys)

Jian Ghomeshi of Q (CBC Radio One and bold TV), Marci Ien of CTV, and Canadian actress Gloria Reuben will co-host this unforgettable event, with additional performances by Da Kink in my Hair cast members: Ngozi Paul, d’bi Young and Ordena Stephens; and grandmothers from South Africa and Swaziland.

“The response to the crisis on the part of the international community is flagging just as grassroots organizations in Africa are poised to affect real change in the course of the pandemic,” said Lewis “With the proper support, we believe that at community level, where people live and die, such energy and prevention and care can be unleashed and employed, and the pandemic will be reversed.” 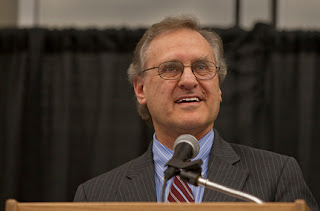 Critically acclaimed singer-songwriter Rufus Wainwright, and Canada’s reigning R&B queen, Jully Black, are the latest artists to join the star-studded benefit concert.Wainwright has established himself as one of the great male vocalists and songwriters of his generation. The New York-born, Montreal-bred singer-songwriter has achieved his success by carving out his own singular sound in the worlds of rock, opera, theatre, dance and film. The long-time social activist has donated his time and talents to other notable causes including the True Colors Tour benefitting the Human Rights Campaign. (pictured: Stephen Lewis) 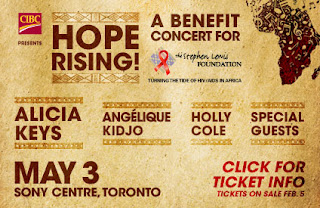 About The Stephen Lewis Foundation:
The Stephen Lewis Foundation (SLF) supports community-level organizations that are turning the tide of HIV/AIDS in Africa by providing care and support to women, children orphaned by AIDS, grandmothers, and people living with HIV and AIDS. Since 2003, SLF has sent over 40 million dollars to more than 300 community-level initiatives in 15 countries hardest hit by the AIDS pandemic. For more information, visit www.stephenlewisfoundation.org.