Inspired by historical NFB series such as Canada Carries On, St. Jules contrasts the romantic mythology of Canada as a vast wilderness settled by brave pioneers with a portrait of his grandparents’ harsh reality. Plagued by unemployment, alcoholism and neglect, they relinquish custody of their five children, including St. Jules’ father. This theme of loss is amplified through modern-day interviews with real parents who also gave up their children, using the 3D effect to create a greater sense of intimacy with the subjects.

A collage of real and imagined stories, The St. Judes reflects the murky nature of memory and family history.

“French director Robert Bresson once said ‘the goal of cinema is interiorization, intimacy, isolation, the innermost depths,’” says St. Jules. “It is my feeling that 3D cinema can be an even more powerful tool to meet this goal. With this film, I want to move beyond the thrills and tricks that 3D is often used for, and start exploring the real emotional impact this medium can have.” 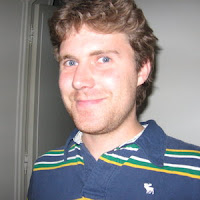 The 3D production services are provided by stereographer Tim Dashwood and his company Stereo3D Unlimited; John Minh Tran is director of photography.

Jeffrey grew up in Fall River, Nova Scotia. He got his BFA in Film Production with a minor in Creative Writing from Concordia University and is an alumnus of the Canadian Film Centre’s Director’s Lab. In 2005, Jeffrey was the first and only Canadian ever selected for the Cannes Résidence du Festival in Paris.

His surrealistic CFC short The Sadness of Johnson Joe Jangles won him Best Emerging Filmmaker at the 2005 Worldwide Short Film Festival. The innovative Genie-nominated short The Tragic Story of Nling was deemed a future cult classic by indieWIRE and the best short film of 2007 by Film Threat. It screened at the Sundance Film Festival in 2007 and has garnered much acclaim for its dark yet whimsical humour.  Both films premiered at the Toronto International Film Festival. His feature film Bang Bang Baby, an expressionistic 1950s-style musical, was developed with the support of the National Screen Institute and Telefilm Canada.

Here's a look at The Tragic Story of Nling: