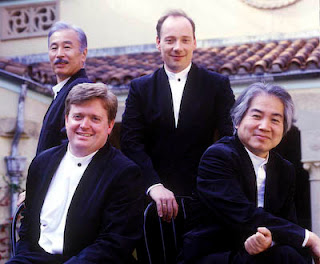 This concert concludes the complete cycle of the Beethoven string quartets that the Tokyo began in January 2009.

The Tokyo has played here almost every season since its first visit in 1974. Violist Kazuhide Isomura is a founding member. Cellist Clive Greensmith joined in 1999. Violinist Kikuei Ikeda joined in 1974, and Canadian violinist Martin Beaver in 2002. They are completing their recording of the Beethoven quartets for Harmonia Mundi USA.

The Tokyo performs on "The Paganini Quartet," a group of renowned Stradivarius instruments named 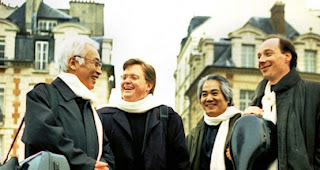 for legendary virtuoso Niccolo Paganini, who acquired and played them during the 19th century.

This video is from an appearance at the 92nd Street Y in NYC - and as it happens they will be playing there as well on May 7: