on April 12, 2011
From a media release - calling all classical pianists:

CALGARY, AB, April 6, 2011 – Canada’s Honens International Piano Competition today announced the names of the jurors and collaborating  musicians for its 2012 edition. As part of a series of enhancements that aims to redefine the world of music competitions for the 21st century, the composition of the 2012 juries 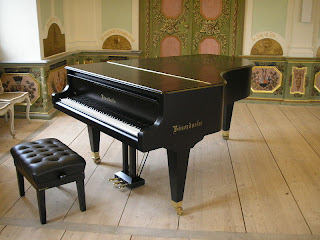 includes those in the musical world, other than pianists, who play a role in a concert artist’s career.

While pianists remain central to the jury make-up,  members also include an artist manager, a concert presenter, a  festival producer, a conductor, a record executive and a string player. All jurors have extensive knowledge of the piano literature and are in tune with the qualities an artist must possess in order to build and sustain a career in today’s musical world. The diversity of jury composition helps to identify musicians who are ready to professionalize their careers.

artist selection panel: first jury
The Artist Selection Panel evaluates 50 videotaped recitals and candidate interviews from the Quarterfinals: International Audition Round. The Panel selects ten pianists to advance to the Competition Semifinals: Recital Round in Calgary. 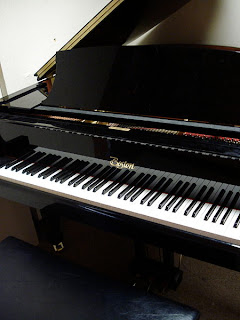 laureate selection panel: second jury
The Laureate Selection Panel selects the five finalists, the winner of  the Raeburn Prize for Artist of Special Promise and the 2012 Honens Laureate from Competition performances in the Semifinals: Recital Round and Finals: Concerto Round.

Honens has also intensified its requirements in collaborative performance for 2012.  Solo performance, chamber music and collaboration with orchestra are equally essential for a 21st century concert pianist. These elements are therefore integral to Honens’ search for the ‘Complete Artist’.  The ten semifinalist pianists perform a selection of art song or lieder, a violin sonata and a cello sonata during the Recital Round. Five finalists advance to perform a concerto of their choice. 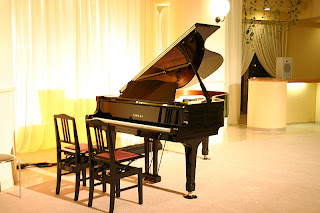 • Pianists may apply to take part in the 2012 Honens International Piano Competition starting April 1, 2011 at honens.com.
• The application  deadline is February 1, 2012.
• Competition Quarterfinals take place in  cities around the world in Spring 2012, and Semifinals and Finals takes place in Calgary, October 17 to 26, 2012.

Honens International Piano Competition is a leader in discovering and launching the careers of young concert pianists.  It searches for Complete Artists – 21st century musicians for 21st century audiences.

The  Competition awards $100,000 (CAN) and a three-year artistic and  career development program valued at a half million dollars to its  Laureate – the largest prize of any international music competition of its kind.