Toronto, ON (April 1, 2011) – Singer, songwriter, poet and novelist Leonard Cohen has been awarded The Ninth Glenn Gould Prize.  The international award is presented biennially to a living luminary who has 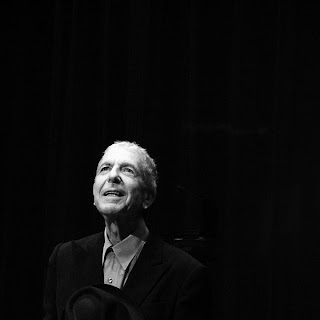 made a unique lifetime contribution that has enriched the human condition through the arts and manifests the values of innovation, inspiration and transformation.  A tribute to Glenn Gould’s artistry and his multifaceted contributions to culture, the prize promotes the vital connection between artistic excellence and the transformation of lives. (Images were taken in 2008, and not at this event.)

“I want to thank The Glenn Gould Foundation for their kindness. It is a great honour, sweetened by my love of the work of Glenn Gould, and our collective appreciation of his invigorating and enduring presence in the world of Music and Imagination,” stated Leonard Cohen.

Leonard Cohen was chosen from a distinguished list of international candidates nominated by the general public and will receive a cash prize of $50,000 (CDN) and the opportunity to choose an outstanding young artist to receive The City of Toronto Glenn Gould Protégé Prize of $15,000 (CDN).  Mr. Cohen and his protégé will receive their awards at a gala ceremony in Toronto and their work will be honoured through a series of public events later this year.

Jury Chair Paul Hoffert said, “The jury was unanimous in selecting Leonard Cohen as the Ninth Glenn Gould Prize laureate.  His poetry and music transcend national boundaries and cultures by touching our common humanity.  His unique voice is nonetheless the common voice of people around the globe telling our stories, expressing our emotions, reaching deeply into our psyches. Like Glenn Gould, his work touches audiences far outside his main genre.  Hallelujah!” 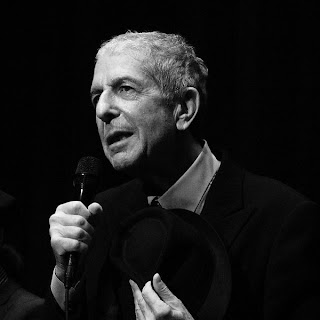 For four decades, Leonard Cohen has been one of the most important and influential songwriters of our time, relentlessly examining the central issues in human experience, and reporting with passion, insight and wisdom. His body of work is a reflection of the zeitgeist of the late 20th century and beyond.  His songs are works of great poetic depth and profound emotional force, and set new standards for quality, range and seriousness in pop music.  Artists and music-lovers alike are drawn to the dignity, ambition and sheer power of his songs.

An accomplished literary figure before he began recording music in the late 1960s, his collections of poetry, including Let Us Compare Mythologies

, and his novels including The Favourite Game

(1963) and Beautiful Losers (1966), had already brought him considerable recognition.  His dual careers in music and literature have continued feeding each other over the decades – his songs revealing a literary richness rare in the world of popular music, and his poetry and prose informed by an intense musicality.  Collectively, Cohen has published 12 books including Book of Longing

(2006), a collection of prose, poetry and drawings which was the first book of poetry to reach the top of Canada’s bestsellers’ lists, and which formed the basis of a memorable musical and theatre collaboration with composer Philip Glass which premiered at Toronto’s Luminato festival.

Leonard Cohen is one of the most covered artists alive today, influencing generations of songwriters, and his music has earned the accolades of other artists in tribute albums in France, Norway, Canada, Spain, the Czech Republic, South Africa, and the United States. “Hallelujah”, one of Cohen’s best-known and best-loved songs has been covered by over 150 artists including Willie Nelson and Bono.  Numerous documentaries, awards, and tribute albums acknowledge the far-reaching

contribution Cohen has made to music.  He continues to refine and deepen his art, and as a musician he is constantly exploring new territory.