on April 02, 2011
You can read more about the event in an earlier post here 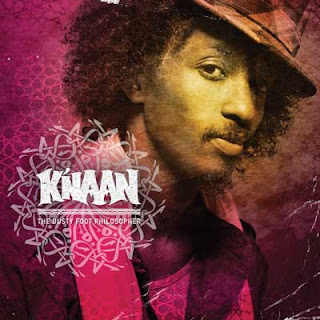 TORONTO, ON – Juno Award-winning artist and humanitarian activist K’naan joins the multi-talented roster for the benefit concert Hope Rising!, presented by CIBC on Tuesday, May 3 at The Sony Centre. K’naan will perform alongside Alicia Keys, Rufus Wainwright, Angélique Kidjo, Holly Cole, Jully Black and others at this first annual event, which benefits the Stephen Lewis Foundation.

The Somali-born, Toronto musician has seen first-hand the devastation wrought by AIDS in Africa. His eloquent, thought-provoking lyrics blend political activism and call for change with addictive beats and melodies, resulting in music that goes well beyond a traditional hip-hop perspective.

“I think that organizations are a reflection of people's intent. Having met Stephen Lewis, I believe in what he's trying to do and what his organization is doing,” said K’naan, about his motivation for participating in the event.

) albums. He was instantly declared an “Artist to Watch” by Rolling Stone, NPR, the Los Angeles Times and MTV.

version of his smash hit Wavin’ Flag, which nabbed the coveted Single of The Year prize. His previous awards include the Junos for Artist of the Year and Songwriter of the Year in 2010.

K’naan recently took time off from recording his new album to join Stephen Lewis and other advocates on Parliament Hill to support Bill C-393, legislation to help get affordable, critical medicines to people that need it the most, such as life-prolonging drugs for AIDS. 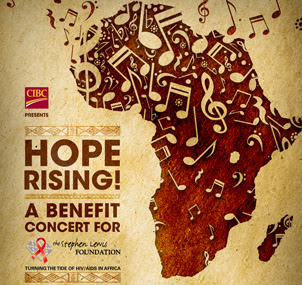 “CIBC is very proud to partner with the Stephen Lewis Foundation to present Hope Rising!, which brings some of the best musicians and entertainers from Canada and around the world together to shine a spotlight on a very important issue,” said Stephen Forbes, CIBC’s Executive Vice-President of Marketing, Communications & Public Affairs.