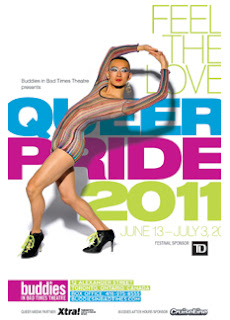 Since 1979, Buddies in Bad Times Theatre has stood against the mainstream. We continue to uphold this proud tradition by offering you Queer Pride 2011, a community-focused festival of queer comedy, theatre, music and parties. Join us as we celebrate what Pride means to us.

For three weeks, Buddies throws open its doors for a joyous celebration of our diverse queer community. We welcome queers who crave adventures beyond the expected, artists who refuse to conform and communities who will not allow themselves to be silenced. On the Buddies’ stage, you will find a stellar line-up of some of Toronto’s most exciting queer entertainers, while Buddies After-Hours offers up the most outrageous clubbing in the village.

So, come catch a show and dance until last call. Come queer, come straight. Come as you are and feel the love at Buddies.

Broadway queens unite! Bust out your inner diva as you sing and dance along to a marathon video mash-up of show tunes and movie musicals. The force behind the wildly popular Musical Mondays at NYC gay mecca Splash Bar, VJ John Bantay, brings down the house with a raucous celebration of all things Broadway. Presented by Luminato, this is the official after party for Broadway’s Night Out – a free event in David Pecaut Square (King St. W & Duncan St.) 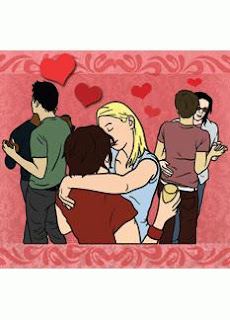 It’s all slow songs, all night long! Buddies turns into a queer version of your highschool gym complete with streamers, first dances and the best love songs ever. Come and experience why slow is beautiful and why love is not ironic.

Paul Hutcheson brings his unique blend of storytelling and stand-up comedy back to the Buddies stage, along with an international band of character comedians that includes John Murdoch, Sharon Nowlan and The Screw You Revue, among others.

Buddies in Bad Times presents
PRIDECAB
Wednesday, June 22 - 8pm, The Chamber
Tickets FREE for youth 25 and under; PWYC for adults 26 and over. All advance tickets $15. 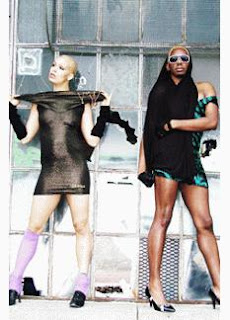 The ever-popular PrideCab tackles what it means to be young and queer today through original stories, songs and performance. The hallmark of Buddies’ Queer Youth Arts Program, PrideCab is created by nine queer artists under the age of 25.

Ever wondered what would happen if the lesbian version of Bob Newhart expressed her concern about the apocalypse through song? Look no further! Comedy darling Mae Martin brings her candid, quirky and charmingly neurotic sense of humour back to Buddies with her latest show.

colourmedragg.blogspot.comColour Me DRAGG offers a jam-packed drag and burlesque celebration of queer diversity. Join Toronto’s community of queer and trans performers of colour as they respond to experiences of racism, cultural appropriation, sexism, and transphobia in an empowering and riotous expression of solidarity.

The Strip Spelling Bee is back! The game is played a lot like strip poker, but it's a spelling bee and it's played in front of a live audience of hooters, hollerers and hecklers who want to see some smart skin! A hilarious and sexy night for exhibitionists and voyeurs alike. 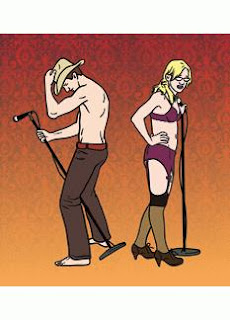 Created and Performed by Sasha Van Bon Bon and Kitty Neptune
Toronto’s favourite burlesque troupe brings their smart, sexy and wildly entertaining cabaret that tears a strip off of society’s sordid fascination with the sex trade.

Written and Performed by Gavin Crawford
Written and Directed by Kyle Tingley
Canada’s top character comedian, Gavin Crawford (This Hour has 22 Minutes), brings his hilarious oddball characters and impersonations to Buddies' Cabaret for a night of “electrique” movement, dance, and comedy. (NOTE: there will be little movement and no dance)

Experience the divine world of cabaret like you’ve never seen it before. Watch one unstoppable performer transform into Cher, Tina, Liza, Madonna and many more – 25 divas in total! An electrifying tribute to the most fabulous divas of all time, complete with glamorous costumes, live piano and smoking hot dancers. 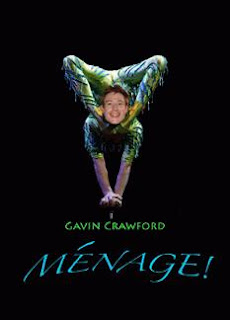 Toronto’s premiere vogueing house, House of Monroe, is back with The Royal Court Ball. You can strut your stuff with contestants from across North America, or just come and experience the wildest night this city has to offer as Buddies becomes the battleground for Toronto’s vogue scene

Come laugh for a good cause. Now in its 11th year, this Pride tradition brings the best in queer comedy to the stage for a night of hilarious high-schticking in support of Buddies and CAMH. Hosted by the fabulous Richard Ryder, and featuring Kristen Becket, Marci Bernardi, Vicki Licks, Ian Lynch, Vong Sundara, David Tomlinson, Zoe Whittall and Dawn Whitwell, among others.
Partial proceeds got to support The Centre for Addiction and Mental Health and Buddies in Bad Times Theatre 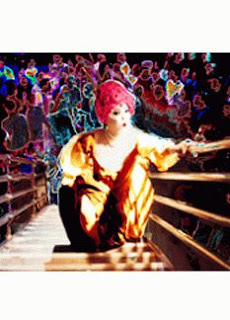 Buddies provides cool respite for the weary and thirsty on Pride Day afternoon. From 3pm, we spread out the welcome mat for a low-key gathering just off the parade route. By nightfall, we open our full facility for folks looking to escape the crush of Church Street for an evening of dancing with DJs K-Tel and Shane MacKinnon.