MILOCRORZE: A LOVE STORY will be the Opening Night Presentation, SHAOLIN and NINJA KIDS are Centerpiece Presentations and THE YELLOW SEA is the Closing Night Selection

World Premieres include Takashi Miike’s NINJA KIDS!!! and Eiji Uchida’s THE LAST DAYS OF THE WORLD with PUNISHED and RINGING IN THEIR EARS making their International Premieres 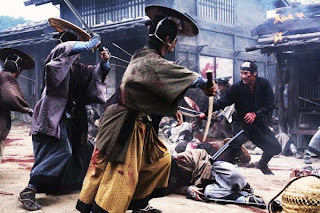 The premiere rich film festival will include world premieres of Takashi Miike’s highly anticipated NINJA KIDS!!! and Eiji Uchida’s 60’s throwback THE LAST DAYS OF THE WORLD, the international premieres of the Johnnie To produced thriller PUNISHED and Yu Irie’s love letter to rock n’ roll, RINGING IN THEIR EARS. In addition, 2011 NYAFF will feature 12 films making their North American premieres and 15 more making their New York City debuts.

Yoshimasa Ishibashi’s MILOCRORZE: A LOVE STORY will make its North American Premiere as the Opening Night Selection. A bizarro musical/variety/ samurai/love story directed by the mad genius behind “The Fuccon Family” television show, and starring Takayuki Yamada in three different roles, MILOCRORZE: A LOVE STORY defies description. Following a scene where a young boy falls in love with the title character only to have his heart broken by her, the film introduces us to three young men who are all in MILOCRORZE’s thrall, either literally or figuratively. Presented with Japan Cuts: Festival of Contemporary Japanese Cinema, Yoshimasa Ishibashi and Takayuki Yamada will both attend the screening.

Centerpiece Presentations include Takashi Miike’s NINJA KIDS!!! and Benny Chan’s SHAOLIN. Making its world premiere, NINJA KIDS!!! is the big-screen adaptation of the long-running Japanese television show “Rantaro the Ninja Boy”. The film follows the adventures and countless battles with 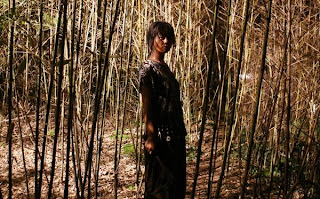 mutant ninjas, monsters and gangster hairdressers, a young aspiring ninja must undertake after he is sent to ninja school by his parents as a way to escape his lower class background. NINJA KIDS!!! is presented with Japan Cuts: Festival of Contemporary Japanese Cinema.

Making its North American premiere, Chan’s SHAOLIN is an epic adventure starring Andy Lau, Nic Tse and Jackie Chan in a blockbuster retelling of the primal martial arts story: the attempted destruction of Shaolin Temple, the birthplace of martial arts. Lau plays a ruthless warlord who gets his comeuppance and has his entire world destroyed to the point he must seek refuge and (ultimately) redemption with the Shaolin monks. The film also stars Fan Bingbing, Wu Jing, Yu Hai. Benny Chan will attend the screening.

Na Hong-Jin’s THE YELLOW SEA will make its New York City debut as the Closing Night presentation. Reuniting with his stars from THE CHASER (Ha Jung-Woo and Kim Yun-Seok), Na Hong-Jin makes a big, relentless follow-up about a gambling addicted cabbie set up by a crime boss to take a big fall in Seoul. However, he turns out to have a talent for survival. The film comes to NYAFF straight from its Cannes screening as part of Un Certain Regard. The film is a 20th Century Fox release. Na Hong-Jin will attend the screening.

The NY Asian Film Festival will present its 2011 Star Asia Rising Star Award to Takayuki Yamada. Arguably Japan’s most versatile young actor, Yamada has gone from being a TV heartthrob to a TRAIN MAN (his breakthrough role) as well as being one of Takashi Miike’s 13 ASSASSINS. And in this year’s Opening Night selection, MILOCRORZE: A LOVE STORY, he plays every single male part.

The 2011 Star Asia Lifetime Achievement Award will be presented to Hong Kong film legend Tsui Hark. In 2001, the NYAFF held the first major retrospective of Tsui Hark’s work, and so it’s with great pride that the festival will host Tsui Hark himself, ten years later to headline the programming section, Wu Xia: Hong Kong’s Flying Swordsmen.

Presented with the support of the Hong Kong Economic and Trade Office New York, NYAFF will screen new and old classics of the wu xia genre. Swordplay films with a touch of fantasy, wu xia films are visual marvels, teeming with flying swordsmen, magical blades and glowering female steel-slingers. The line-up will include Tsui Hark’s mega-hit, DETECTIVE DEE AND THE MYSTERY OF THE PHANTOM 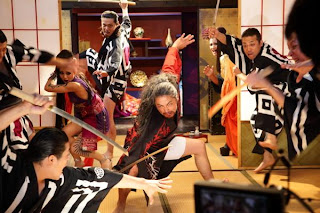 (an Indomina release), and several retrospective titles like Tsui’s astonishing, feral masterpiece, THE BLADE. Regarding honoring Tsui Hark, NYAFF co-founder Goran Topalovic said, “One of the NYAFF’s first events was the Tsui Hark retrospective in 2001, and since we consider him to be one of the most important living Hong Kong directors, we figured it was time to bring him to the festival and give him an award.”

Other films featured in the Wu Xia Focus include Ching Siu-tung’s DUEL TO THE DEATH, as well as Tsui Hark’s DRAGON INN and ZU: WARRIORS FROM THE MAGIC MOUNTAIN.

Another special NYAFF section will be the Sea of Revenge: New Korean Thrillers Focus. In 2008, when the Korean film industry was at its lowest point, Na Hong-Jin released the word-of-mouth hit, THE CHASER, launching a wave of twisty thrillers focused on intense action and ace performances. In this special focus, presented in association with the Korean Cultural Service New York, NYAFF will present the best of what THE CHASER has wrought.

In addition to Na Hong-Jin’s THE CHASER and THE YELLOW SEA, the Sea of Revenge Focus will include Ryoo Seung-Wan’s THE UNJUST, Jang Cheol-Su’s BEDEVILLED, Kim Min-Suk’s HAUNTERS, Lee Jeong-Beom’s THE MAN FROM NOWHERE and Kwok Hyok-Jae’s TROUBLESHOOTER.

Filmmaker Su Chao-pin will be the subject of the third special focus: Su Chao-pin: Taiwan’s King of Entertainment. With the support of the Taipei Economic and Cultural Office in New York, the NYAFF is proud to bring to the city one of Taiwan’s most popular and entertaining directors. Highlighted films will include REIGN OF ASSASSINS (co-directed with John Woo), THE CABBIE, featuring Su’s first produced screenplay, and his directorial debut, BTS: BETTER THAN SEX. 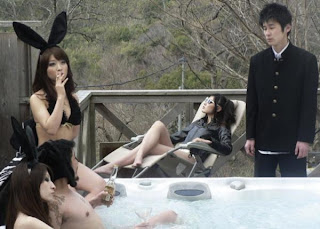 Two films will make their world premieres at NYAFF 2011. Those films are THE LAST DAYS OF THE WORLD and NINJA KIDS!!!.

Three films will be making their international premieres: the feature films RINGING IN THEIR EARS and PUNISHED, as well as the short film DARK ON DARK.

The New York Asian Film Festival is presented in association with the Film Society of Lincoln Center and Japan Society's Japan Cuts: Festival of Contemporary Japanese Cinema.
And we’re deeply grateful for the support of the Hong Kong Economic and Trade Office New York, the Korean Cultural Service New York and the Taipei Economic and Cultural Office in New York.

• Check out all the films at the link
• Tickets are on sale both at the box office and on-line. Discounts are available for Film Society members.
• Screenings will be held at the Film Society of Lincoln Center's Walter Reade Theater (located at 165 West 65th Street, between Amsterdam Avenue and Broadway) and Japan Society (333 East 47th Street, between 1st and 2nd Avenues).