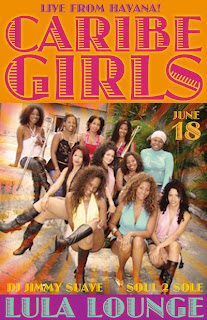 : Direct from Cuba, Caribe Girls is a sizzling all-female ensemble that has toured extensively in Europe and Japan. This group of superb musicians has mastered a variety of styles including son, rumba, cha cha, timba and boleros.

Five years ago, Thiving Guerra, a young choral studies graduate from the National College of Arts with close to 10 year’s experience in groups such as Son Damas and Las Chicas del Solar, decided that it was the moment for a challenge, to form her own group, with its own musical language and something very different to offer.

She opted for a salsa group, christening it Caribe Girls.

"It was because our debut gigs were in Martinique and Guyana and those performances were a fusion of Caribbean music: zouk, reggae and merengue, all mixed with salsa." Nowadays their repertoire is more extensive. Of course salsa is still a major component but now there’s also son, rumba, cha cha, timba and even boleros. "We don’t just want to play in nightclubs, but also festivals and jazz concerts." 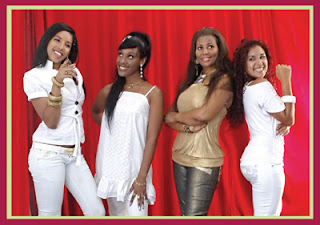 These 12 Cuban women – two on trombone, one on drums, plus timbales, congas, piano, bass and four singers  have performed  in Italy, France, Switzerland, Norway, Sweden, Denmark, Spain, Germany and Japan. This group of superb musicians have mastered a variety of styles  such as son, rumba, cha cha, timba and boleros.

• Every Friday and Saturday, Lula Lounge offers a $49 dinner, dance lesson and show package that includes any appetizer, any main course, any dessert, the 9PM salsa lesson and three sets of live salsa. (Tax, tip and beverages are additional.)

• Book for dinner or come for just the lesson and band.
• Dancing only is $15 at the door.
• Dinner reservations guarantee seating.