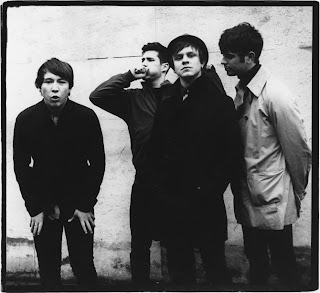 In the first video, watch as the band arrives in Glastonbury, sets up their lodging for the week, and reflects on what it's like to be playing at a festival with 177,000 people in attendance. As frontman Lee Newell says, "Its not just a music festival, it's like a small city within a city. I've never been in my life, so you're going to be seeing it through our eyes completely." (More of their Glastonbury adventures at the link.)

If you missed Glastonbury, you can Catch Viva Brother on tour in the US this July, and be on the lookout for their debut album FAMOUS FIRST WORDS