Montreal, August 2011 – The National Film Board of Canada is receiving new recognition for its achievement in the field of digital distribution, in the form of a Special Gemini Award for Outstanding Technical Achievement in Digital Media, which will be presented to the NFB by the Academy of Canadian Cinema & Television on August 30, 2011. 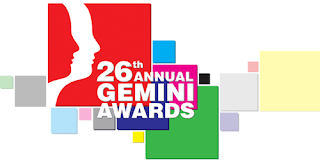 In addition to this special recognition, NFB productions and co-productions are nominated in five categories, and the public producer dominates the category of Best Original Program or Series produced for Digital Media – Non-Fiction, receiving six out of six nominations.

About the NFB
Canada’s public film producer and distributor, the National Film Board of Canada creates social-issue documentaries, auteur animation, alternative drama and digital content that provide the world with a unique Canadian perspective. Since the NFB’s founding in 1939, it has created over 13,000 productions and won over 5,000 awards, including 12 Oscars and more than 90 Genies.
canadian film digital media gemini awards 2011 national film board of canada NFB public film producer