Get Animated! with the NFB Across Canada Oct 22 to Nov 6

Get Animated! October 22 to November 6, 2011
NATIONAL FILM BOARD OF CANADA CELEBRATES ANIMATION
WITH MORE ACTIVITIES, SCREENINGS AND MASTER CLASSES THAN EVER

Toronto, October, 2011 – The National Film Board of Canada (NFB) is launching the fifth edition of Get Animated! from October 22 to November 6, 2011, and offering an expanded array of FREE animation screenings and activities in over 20 cities across Canada. Get Animated! is being presented by the NFB in partnership with local organizations, showcasing great animation on the big screen in YOUR community, in celebration of International Animation Day, October 28.

Get Animated! features the finest—and some of the funniest—new releases from the NFB’s Oscar-winning animation studios, a family program for all ages, master classes by renowned NFB animators, workshops on how to make your own animated films and meet-the-director sessions. 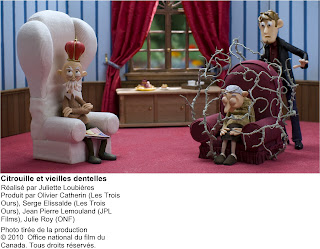 • To view Get Animated! online, or for the complete schedule of screenings, visit nfb.ca/getanimated.
New Releases
Ten exciting new animated releases, as well as a kids’ program, are featured in Get Animated! this year, which includes Big Drive by Anita Lebeau, the story of a family road trip across the Canadian prairies set in the 1970s. An exuberant exploration of childhood imagination, Big Drive invites audiences of all ages to see the world as it appears from the back seat.

Other new releases in Get Animated! are Wild Life, by Amanda Forbis and Wendy Tilby, the story of a dapper young Englishman sent to the wild west of Alberta to try his hand at ranching; Juliette Loubières’ puppet animation film Pumpkins and Old Lace; Patrick Doyon’s Sunday, recipient of a Special Mention at the 61st Berlin International Film Festival; and Marv Newland’s CMYK, a dizzying celebration of sound, colour and movement.

Highlights also include acclaimed new shorts such as I Was a Child of Holocaust Survivors, director Ann Marie Fleming’s adaptation of Bernice Eisenstein’s celebrated illustrated memoir, and Koji Yamamura’s 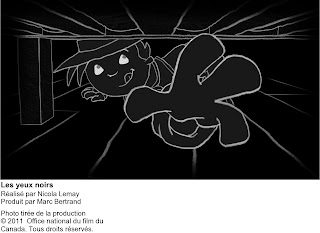 Muybridge’s Strings, a poetic exploration of the irrepressible human desire to freeze our fleeting moments of happiness.

Family Program
This year, Get Animated! offers a fun-filled selection of some of the NFB’s newest animation for kids of all ages. Anita Lebeau’s lively Big Drive; Phyllis Grant’s Waseteg, the story of a young Mi’kmaq girl; Nicola Lemay’s Private Eyes, about a visually impaired boy with great powers of observation; and, one of the most-watched films on NFB.ca, Jo Meuris’s The Girl Who Hated Books. 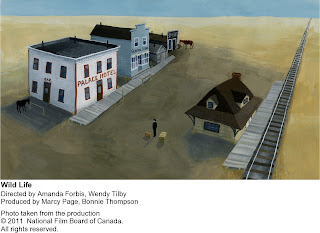 Meet the Directors!
Acclaimed animators will be available to take questions and to discuss the art of animation in Calgary (Amanda Forbis and Wendy Tilby, Wild Life), Montreal (Patrick Doyon, Sunday), Vancouver (Marv Newland, CMYK, and Ann Marie Fleming, I Was a Child of Holocaust Survivors) and Winnipeg (Anita Lebeau, Big Drive).

Hands-on Workshops
Hands-on workshops will accompany the Family Program in Charlottetown, Montreal, Prince George, Richmond, Toronto, Vancouver, Whitehorse, Winnipeg and Yellowknife. These workshops demonstrate the basics of animation and give participants the chance to make their own short animated film.