NEW YORK CITY - The African Diaspora Film Festival (ADFF) is proud of its 19-year history of firsts in presenting, interpreting and educating about films from throughout the world that depict the lives of people from Africa and the African Diaspora. The festival features world and US premieres, recent popular titles,

classic movies, foreign and independent releases. Post-screening question-and-answer sessions and panel discussions that include filmmakers, critics, academics, and audiences present the most current discourse on filmmaking in Africa and the African Diaspora.

ADIFF 17th anniversary will be celebrated from Friday, November 25 through Sunday, December 13, 2011. From November 25th to December 13th, in four venues in New York City, you will be able to discover 63 amazing films produced in 37 different countries. This is the 19th annual edition of the African Diaspora International Film Festival, coming soon with one of the most daring and eclectic film selection of its genre.

An African Election is a film by Jarreth Merz. The 2008 presidential elections in Ghana, West Africa, serve as a backdrop for this feature documentary, which looks behind the scenes of a complex, political machinery of a third world country trying to catch up with the first world. Merz embarks on a once in a lifetime political journey.

Here's a look at some of the special screenings:

THE STORY OF LOVERS ROCK
TO OPEN ADIFF 2011
The STORY OF LOVERS ROCK is a feature length documentary that tells the story of an era and a music that defined a generation in the late 70s and 80s. Lovers Rock is romantic reggae that was uniquely British. It developed from a small UK scene to become a global brand through the likes of UB40 and Maxi Priest. 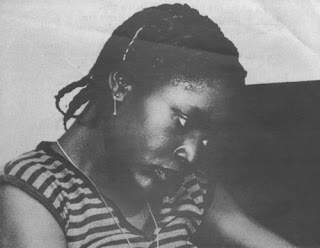 Currently enjoying a very successful theatrical run in the UK, THE STORY OF LOVERS ROCK, by award winning director Menelik Shabazz, will  Open ADIFF 2011 on Friday, November 25 at the Thalia Theater at Symphony Space (NYC).

Born in Barbados, director of THE STORY OF LOVERS ROCK Menelik Shabazz is recognized as one of the key Black independent filmmakers in the United Kingdom.

His classic film BURNING AN ILLUSION (image left) will also screen during Opening Night and Mr. Shabazz will be on hand for a Q&A after the screenings.

The evening will close with a catered reception.

Come share an evening with us and Caribbean filmmakers from Barbados, The UK and Canada to celebrate the human experience of people from the Caribbean in films!

The screening of the three films will be followed by discussions and a catered reception.

FILMS IN THE PROGRAM ARE: 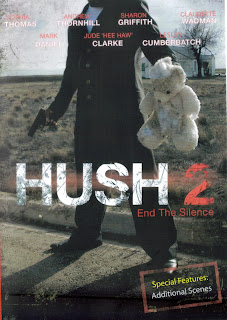 HUSH 2: "END THE SILENCE"
A riveting drama set in the beautiful Caribbean Island of Barbados about 15 year old Makisha who, in need of help, turns to her wealthy dad Morris who just comes into her life for the first time. Q&A after the screening.

Shown with
CATCH A FIRE
Catch a Fire tells the story of Deacon Paul Bogle, often described as a 19th century Malcom X. 30 years after the end of slavery in Jamaica, the Morant Bay Rebellion of 1865 provoked outrage in Victorian Britain shaping race and land attitudes. Q&A after the screening.

and
LAUGHING THROUGH TEARS
US PREMIERE
Based on the true story of an elderly Jamaican woman suffering with Alzheimer's disease, this short film takes you on a roller coaster of emotions as you follow Miss Lilly into her past.

Join us to share two revealing films exploring the Afro-Latino experience today in Cuba and Bolivia. 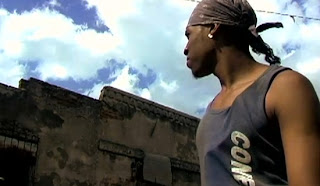 GOLDEN SCARS
An intimate portrait of the realities facing two young musicians in Santiago de Cuba, offering an exclusive look in their daily life, spiritual strength and fierce convictions that drive them to pursue their odyssey despite the tensions and personal struggles with which they are confronted. Q&A after the screening.

Shown with
SOLIDARITY IN SAYA: AN AFRO-BOLIVIAN MUSIC MOVEMENT
Afro-Bolivians in urban centers have built a supportive community around the traditional Afro-Bolivian Saya music creating a refuge from marginalization in mainstream Bolivian society. Q&A after the screening.

The discussions will be followed by a catered reception.

WOMEN INDIES NIGHT
A LOT LIKE YOU & THE DREAM TEAM
Thu, Dec 8, 2011 @ 8:30 PM - Schomburg Center
Q&A with Eliaichi Kimaro and Rachel Johnson after the screenings followed by a catered reception

A LOT LIKE YOU
Seattle based Filmmaker Eli Kimaro is the daughter of a Tanzanian father and a Korean mother.  When her father retires in Tanzania to re-establish ties to his native Chagga tribe, Kimaro, who felt she never

developed a strong kinship with the African side of her family, decides to follow him and document his life journey. There, she discovers powerful stories of community, and shocking stories of violence against women, that she artfully weaves into her own life story as an abuse survivor, anti-violence advocate, and mother to a young daughter. As the story unfolds, Eli's Tanzanian father and Korean mother serve as colorful, humorous cultural liaisons to her past. USA, 2011, 80 min , Doc, English and Swahili with English subtitles, Eliaichi Kimaro, dir


• Purchase your FESTIVAL PASS in advance and get access to Opening Night and all the other films in the festival at a 10% discount
• 212 864-1760
• info@NYADIFF.org