The Roots: an undun performance in New York City November 29

NEW YORK CITY - Amidst The Roots' busy schedule, from performing as the house band on Late Night with Jimmy Fallon to recently fronting a Pre-Emmy Awards jam session, the legendary crew has returned 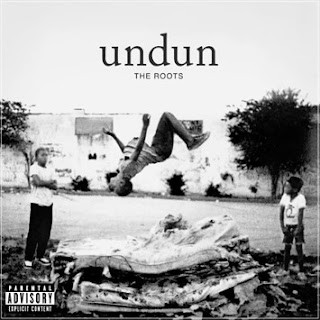 with their latest musical creation, a new album entitled undun (Island Def Jam). Set for release on December 6, 2011, undun marks the first conceptually-based album from The Roots and quickly reaffirms the creativity of the outfit notorious for pushing the envelope. The album's first single, "Make My" featuring Big K.R.I.T., dropped on November 1st on iTunes. In addition to their new album, The Roots are set to perform in New York City on November 29th and 30th and December 6th at the Highline Ballroom.

undun is an existential re-telling of the short life of one Redford Stephens (1974-1999). Through the use of emotives and Redford's internal dialogues, the album seeks to illustrate the intersection of free will and prescribed destiny as it plays out "on the corner." Utilizing a reverse narrative arc, the album begins as the listener finds Redford disoriented - postmortem - and attempting to make sense of his former life. As he moves through its pivotal moments, he begins to deconstruct all that has led to his (and our own) coming undun. 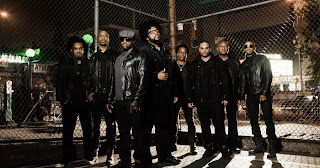 Formed in 1987 in Philadelphia, PA, the legendary Roots Crew consists of Black Thought (MC), Ahmir "Questlove" Thompson (drums), Kamal Gray (electronic keyboards), F. Knuckles (percussion), Captain Kirk Douglas (electronic guitar), Damon Bryson (sousaphone), James Poyser (electronic keyboard), and Mark Kelly (electronic bass). Having previously released 12 projects, The Roots have become one of the best known and most respected hip-hop acts in the business, winning four Grammys, most recently for Best R&B Album for Wake Up! (2010), Best Traditional R&B Vocal Performance for "Hang on in There" (with John Legend), and Best Group or Duo R&B Vocal Performance for "Shine." Additionally, in 2009 The Roots, named one of the greatest live bands around by both Spin and Rolling Stone, became the official house band on Late Night with Jimmy Fallon, where they currently perform every Monday - Friday.