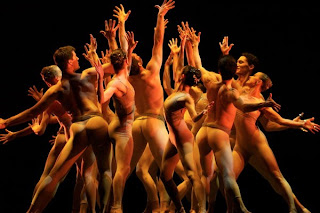 New York City – The Film Society of Lincoln Center and Dance Films Association are pleased to announce the lineup for the 40th edition of Dance on Camera. The dynamic series will take place from January 27-31 and dance lovers will discover an array of stimulating films, many of them premieres, and diverse disciplines ranging from classical to street – from the refinement of ballet coaching to the intense individuality of club dancing. The fourteen programs in the series include focuses on peerless international artists such as Natalia Makarova and Robert Wilson, historic dance presenters and companies such as Jacob’s Pillow, the Joffrey Ballet, and Pilobolus, innovative choreographer Wayne McGregor, and the inspired director Clara van Gool.

“Film is the natural bridge among all the arts, and there is perhaps no greater aesthetic affinity than that which exists between the cinema and dance, two mediums based on motion,” says Film Society of Lincoln Center’s Program Director Richard Pena, “Dance on Camera has become a vital part of our annual offerings, as each year it presents both cutting edge works alongside milestones of the dance/film genre.”

The opening night celebration will launch with the World Premiere of JOFFREY: MAVERICKS OF AMERICAN DANCE and include attendance by the filmmaker, Bob Hercules, and many cast members. The film, and Q&A, will have a simultaneous premiere for dance enthusiasts in participating theaters 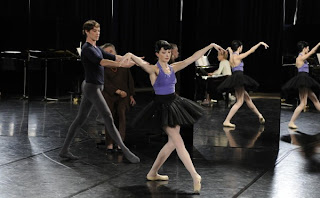 across the country and marks the launch of the film’s release by Hybrid Cinema, who is also responsible for spearheading the partnership between DFA and Emerging Pictures for this event. This collaboration also marks the first time that a film has simulcast its world premiere out of a major festival. Audiences across the country will also be able to participate in the Q&A through a live Twitter feed.

Highlights of this year’s DANCE ON CAMERA include FREE “Meet the Artists” forums, which will bring audiences and dance fans up close and personal with established and emerging directors and choreographers. A series of shorts will also screen free for the public and an exhibit of bold photos and posters by Herbert Migdoll, painter and official photographer for the Joffrey Ballet, will be displayed for the entire month of January, at the Frieda and Roy Furman Gallery at Walter Reade Theater.

“This year’s festival coincides with anniversaries for the Joffrey Ballet, Pilobolus, Jacob’s Pillow, and Eye on Dance.  We are thrilled that this festival is proving to be a valuable means of bringing together emerging, as well as established artists to celebrate the multiple ways dance film can inspire artists as well as audiences,” says Deirdre Towers, Festival Curator for Dance Films Association.

“While Dance on Camera Festival does not adhere to a particular aesthetic, we try to reach far and wide to find films that connect dance and camera in ways that will surprise and inspire viewers to deepen their interest in both mediums,” says Joanna Ney, co-curator of the festival. “This year’s selection offers a diversity of subject, style and genre aimed at the traditionalist as well as the iconoclast.” 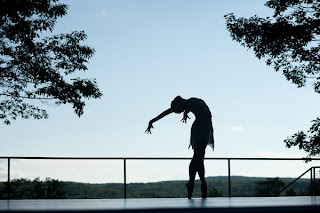 Dance on Camera, the world’s longest-running and most celebrated event dedicated to the growth and development of dance on film as an art form, celebrates its 40th anniversary this year. DFA’s Festival is made possible with the support of the National Endowment for the Arts, New York State Council on the Arts, New York City Department of Cultural Affairs, the Cultural Services of the French Embassy, Consulate General of Spain, Cultural Department of the Consulate General of the Kingdom of the Netherlands, the Japan Society, and DFA members.

**Tickets are on sale at the Walter Reade Theater’s box office and online at FilmLinc.com. Discounts on tickets are available for students, seniors, Film Society and Dance Film