Out, directed by Charles Wilkinson.

INDIECAN ENTERTAINMENT, introduced in November, is the vision of veteran film producer Avi Federgreen, whose target is not just up-and-coming Canadian filmmakers, but also those indies making films in a lower budget bracket who have otherwise virtually no chance to shine in a market of big studios, distributors and exhibitors.

INDIECAN Entertainment's first film is Sean Cisterna's feature Moon Point, written by Robert Lazar, produced by Cisterna and Christian Potenza, and executive produced by Avi Federgreen. The film stars Nick McKinlay, Paula Brancati, Kyle Mac, Kristen Gutoskie, and an assortment of popular Canadian actors in cameo roles. Moon Point is a quirky tale about a socially-awkward and ambitionless 23-year old - Darryl - who sets out on a bizarre road trip to track down his elementary school crush.  Unfortunately, Darryl's only transportation is the electric wheelchair belonging to his disabled best friend, Femur.  On their journey, the boys meet Kristin, a brassy, sarcastic, young woman on the run, and the trio begin to realize that love can be found in the most unlikely places. Moon Point has been enjoying a 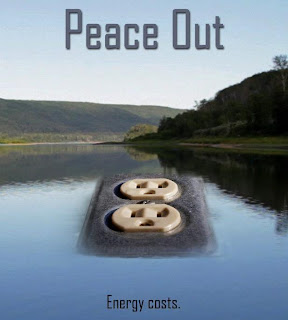 INDIECAN's second film is Charles Wilkinson's feature documentary Peace Out. Fresh from winning the N.F.B.'s Most Popular Canadian Documentary prize at the 2011 Vancouver International Film Festival, Peace Out is the story of British Columbia's magnificent Peace River and the true on-the-ground costs of fuelling North America's unrestrained thirst for energy. The film takes an unusually penetrating look at the positions of industry, science, and the activist movement in what has been hailed as  "...a thoughtful, clear-eyed exploration of an issue that always ends in costs, trade-offs, and (the) least bad options. This is not just another environmental advocacy film...." Wilkinson examines the real benefits vs. the actual costs of a new mega dam, unregulated hydro-fracking, the Peace nuclear proposal, and the Tar Sands.  Peace Out is a movie about the true costs of energy.


• Moon Point and Peace Out will be in theatres across Canada in the early new year.