The Sixth Season of The Metropolitan Opera: Live in HD
Continues at Select Cineplex Entertainment Theatres with 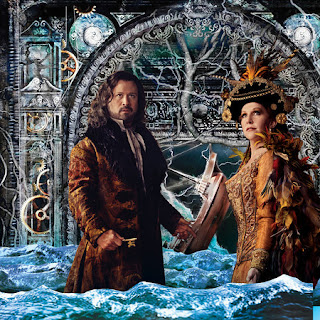 Broadcast live via satellite, in high-definition and 5.1 digital surround sound

• To purchase advance tickets, see the complete Met: Live in HD schedule and the list of the more than 100 participating theatres, please visit www.cineplex.com/events.

The Enchanted Island is a world premiere opera that combines great music of the Baroque era with an all-new, English-language story. The score combines selections from more than 30 operas, cantatas, and 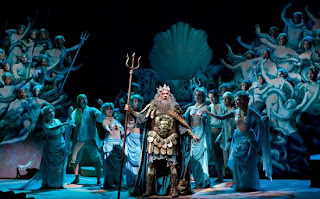 oratorios by Handel, Vivaldi, Rameau, and other masters of the Baroque period. The story, by the English theater artist Jeremy Sams, combines two of Shakespeare's best-known plays in a lighthearted "mash-up."

The four young lovers from A Midsummer Night's Dream find themselves shipwrecked on Prospero's island from The Tempest, leading to a tortuous web of comic and dramatic romantic entanglements. The extraordinary cast includes Joyce DiDonato as the sorceress Sycorax; David Daniels as her nemesis, Prospero; Danielle de Niese as the air spirit Ariel; Luca Pisaroni as the monstrous but soft-hearted Caliban; Lisette Oropesa as Prospero's daughter Miranda; Anthony Roth Costanzo as the noble Ferdinand; Layla Claire, Elizabeth DeShong, Paul Appleby, and Elliot Madore as the Midsummer lovers; and, in a star cameo, Plácido Domingo as Neptune, god of the seas. William Christie, an early music specialist of worldwide acclaim, conducts-in his first Live in HD appearance. The visually spectacular production is by Phelim McDermott (Satyagraha). Deborah Voigt hosts the transmission.