Toronto, January, 2012 - The NFB Mediatheque in Toronto will be featuring the National Film Board of Canada's landmark Inuit audiovisual legacy project Unikkausivut: Sharing Our Stories from January 14 to February 2, with screenings, workshops and discussions at 150 John Street. 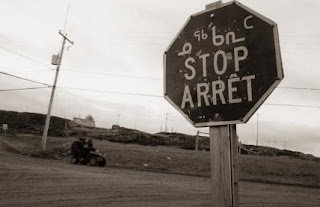 The Inuit have a long and vibrant tradition of passing tales and legends down from one generation to the next using visual arts and storytelling, while the NFB has been documenting life in the Arctic for decades. Unikkausivut brings together 70 years of NFB films by and about Inuit, drawn from more than 110 titles - the most important collection of Inuit films in the world.

The Mediatheque's Unikkausivut events are being presented in partnership with the Museum of Inuit Art.

Unikkausivut is also available as a DVD box set and online at http://www.nfb.ca/playlist/unikkausivut-sharing-our-stories/, and is being distributed to over 50 Inuit communities across the North. Until January 31, visitors at the NFB Mediatheque will be able to save 10% on the purchase of this two-volume box set.

Unikkausivut was produced by the NFB in collaboration with the Inuit Relations Secretariat of Aboriginal Affairs and Northern Development Canada and the Government of Nunavut, Department of Education, with the support of Inuit organizations. 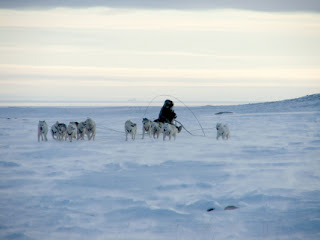 business hours through the end of January. Cameras in the Interactive Lounge will capture the action and edited pixilation films will be posted on the Mediatheque Facebook page.

Free Favourites at Four: January 25
Each Wednesday afternoon, the NFB Mediatheque presents favourite NFB titles on the big screen for free - the perfect midweek break and an easy way to catch up on NFB classics. On January 25, Free Favourites at Four will feature a selection of short works from Unikkausivut at 4 p.m. and 5 p.m.:
• Canada Vignettes: June in Povungnituk, Alanis Obomsawin
• Kamik, Elise Swerhone
• The Last Days of Okak, Nigel Markham 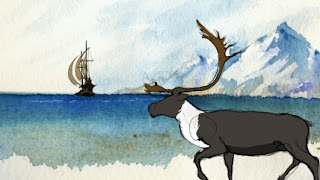 The February 2 screenings are in French without English subtitles. 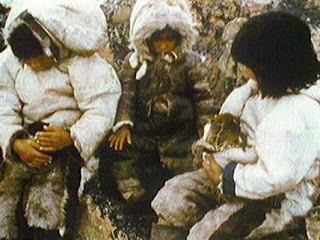 More about Unikkausivut: Sharing Our Stories
On DVD, Unikkausivut is a two-volume box set of three discs each, featuring 24 new or classic NFB Inuit films. Canadians also have access to more than 40 films online, at nfb.ca/unikkausivut, where they can stream films free of charge, including new titles from the NFB¡¯s Nunavut Animation Lab project and Stories from Our Land collection. Users are able to access news about Inuit productions and NFB development initiatives in the North and purchase films to download. With over 110 documentary and animated films by and about Inuit, the NFB will be adding more films online on a regular basis.

Films in Unikkausivut are available in English, French and Inuktitut, versioned in the Inuit dialects of each of the four regions in which they were made. An advisory committee comprised of representatives from key Inuit organizations has helped to ensure that Unikkausivut reflects the interests of all Inuit regions. Project development advisors are Martha Flaherty, Peter Irniq and Zebedee Nungak.