TORONTO - Buddies in Bad Times Theatre is thrilled to offer a sneak peak at the 35+ projects to be presented at The 33rd Rhubarb Festival, which will see over 100 artists take over Buddies and infiltrate the streets of Toronto from February 8 – 19, 2012.

Some of this year's highlights include: 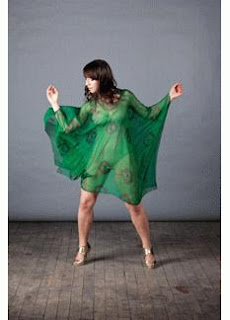 • A special presentation of queer icon and New York cabaret superstar Justin Vivian Bond
• A partnership with The 519 Church Street Community Centre to present the One-To-One Performance Series, a collection of intimate experiences between a single performer and one audience member
• The Canadian homecoming of pioneering performance artist Keith Hennessy, who will present his internationally-acclaimed work CROTCH for the first time in this country
• The return of the popular Mobile Works – a series of performances designed for public spaces – featuring pieces by Roy Mitchell, The Department of Public Memory, and Tom and Gary’s Decentralized Dance Party
• Four new solo works from the participants of Buddies’ Young Creators’ Unit
• Special presentations of new work from Buddies’ resident companies Birdtown and Swanville, The Gay Heritage Project (Paul Dunn, Damien Atkins, and Andrew Kushnir), and The Independent Aunties

More details, including the full festival line-up, will be announced later this month.