Everything Under the Moon - at Harbourfront Toronto Feb 18-23

Toronto - A year and a half in the making, Everything Under the Moon is the most ambitious creation to date by celebrated Toronto visual and performance artist Shary Boyle and innovative Winnipeg songwriter 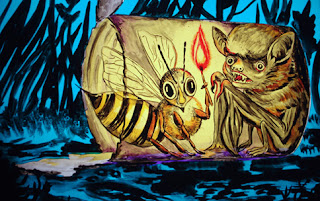 Launching Harbourfront Centre's 2012 World Stage season in association with The Power Plant Contemporary Art Gallery, this wildly imaginative tale pairing hand-animated projected image with narrative song will enchant audiences of all ages. One of Harbourfront Centre's Fresh Ground new works commissions, it premieres in a five-show run from February 18 to 23, at Enwave Theatre (through Family Day weekend and beyond.

Boyle and Fellows have enchanted audiences internationally with their daring, moving collaborations, presenting wildly imaginative performances from Dawson City, Yukon to Paris, France. With Everything Under the Moon, they've pulled out all the stops, creating a modern classic epic adventure tale that blurs the lines between musical theatre and visual spectacle. 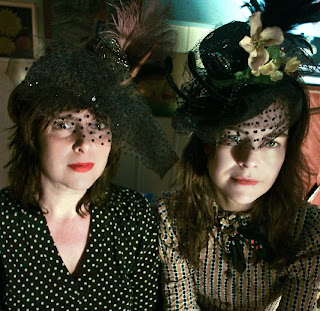 small, winged creatures on an urgent quest to save themselves and their respective species.

Touching on loss, environmental threat, adaptation and the restorative powers of friendship and community, Everything Under the Moon champions the collaborative spirit as a means of survival, while blurring the lines between musical theatre and visual spectacle. The production, a re-imagining of an old-time shadow play set to a song-based score, was created especially for an all-ages audience.

Shary Boyle's work, which spans sculpture, drawing, painting and performance, is exhibited and collected around the world. She received the 2010 Hnatyshyn Award for her contribution to Canadian visual arts, in addition to being named Toronto's Best Local Visual Artist in 2011 by the readers of NOW magazine.

Winnipeg-based songwriter Christine Fellows has toured internationally, released five critically-acclaimed solo albums, and collaborates with artists, choreographers, filmmakers and musicians from all disciplines to create performance works, scores and spectacles. Robert Everett-Green of the Globe and Mail named her most recent CD, Femmes de chez nous, as one of his top ten for 2011. 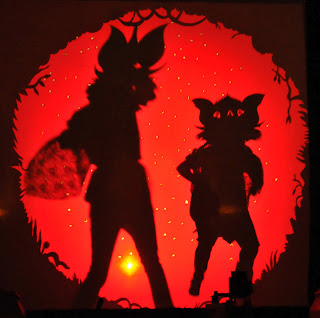 Harbourfront Centre World Stage, in association with The Power Plant Contemporary Art Gallery
presents a Fresh Ground new works commission
Everything Under the Moon
A world premiere created and performed by Shary Boyle and Christine Fellows
February 18-23, 2012 at Enwave Theatre, 231 Queens Quay W.
Suitable for family audiences. A spellbinding performance that will enchant theatre-goers 5 to adult.