STAGE WRITE® THE REVOLUTIONARY NEW IPAD APP FOR DIRECTORS AND CHOREOGRAPHERS WILL BE MADE AVAILABLE TO GENERAL PUBLIC ON MARCH 1, 2012 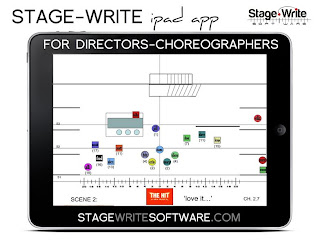 (New York, NY) - The revolutionary new iPad app Stage Write® which allows directors, choreographers and stage managers to easily document choreography, staging and blocking for theatrical productions and events will be made available to the general public on March 1, 2012 - via iTunes App Store.

Created by Broadway Associate Director/Choreographer Jeff Whiting (pictured - image by Jordan Matter), the app is already being used by numerous Broadway shows and National tours, including: THE 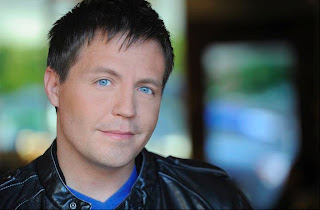 For the first time, directors, choreographers, and stage managers of any size production across America will be able to easily capture creativity by creating dynamic spacing charts, which effectively show the spacing, choreography, and traffic patterns for all the numerous moving pieces contained in a theatrical production.

“This app has changed the way we create Broadway shows,” said app creator Jeff Whiting.  “As an Associate Director on Broadway, part of my job is to document the position of all the actors, performers, and the scenic elements, at every given moment in time  - both on and off stage.  I also need to track the traffic patterns of each of these elements - and put them into a ‘show bible.’  It can be a pretty daunting task.”

“I came up with a method for tracking all of these elements while we were creating YOUNG FRANKENSTEIN on Broadway.  The method worked so well, but there was no existing software available to help me in the process,” said Whiting.  “So I just decided to build it.”

“I'm very excited that Stage Write is going to be made available to everyone" said Director Susan Stroman. "It offers me the ability to maintain a musical ‘bible’ by notating, in the most precise way -- blocking, staging, motivation and the knowledge of all technical elements involved in the creation of a show.”

"In the old days," she added,  "I used to move pennies around the table to represent dancers!  It is very important to me not to waste the time of the actors.  I want rehearsal to be about acting and exploration.  Stage Write allows me that creative freedom.  And now the pennies stay in the jar!”

Broadway Production Stage Manager’s are chiming in too.  Joshua Halperin (West Side Story, The Scottsboro Boys) declares “Finally! Creating charts has never been simpler. The interface is wonderfully intuitive.  Modification is simple and clean.  Charts have a professional look and couldn’t be easier to read.  All this combined with the portability of the iPad make this App indispensable!” 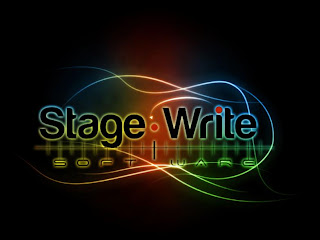 Mr. Whiting is also the owner and Artistic Director of THE OPEN JAR INSTITUTE, a music theatre training program founded in 2003 for the development of music theatre artists of all ages.  The Summer