ZERO HOUR
Critics and Audiences Raved!
The Most Honoured Show of 2010
returns to Toronto for a RARE, Encore engagement, with its star Jim Brochu 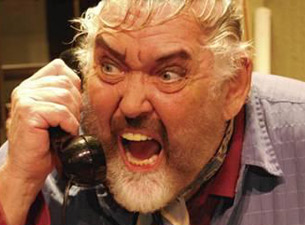 TORONTO, ON -  The multi-award-winning hit show ZERO HOUR will be back in Toronto for a LIMITED RUN, producers Lia and Dana Matthow announced today. Written by and starring Jim Brochu, ZERO HOUR will run February 8 to March 11 at the Bathurst St. Theatre. Tickets are on sale now at Ticketmaster.ca or by calling 1-855-985-ARTS (2787).

Jim Brochu brings Zero Mostel back to extraordinary life in Zero Hour. He re-creates the definitive backstory to this amazing performer's appearances in such shows as Fiddler on the Roof, A Funny Thing Happened on the Way to the Forum, Mel Brooks' The Producers (film) and many more. Brochu is both hilarious and poignant as he recounts Mostel's big life - as a Broadway legend, a larger than life personality and the target of Hollywood blacklisting. 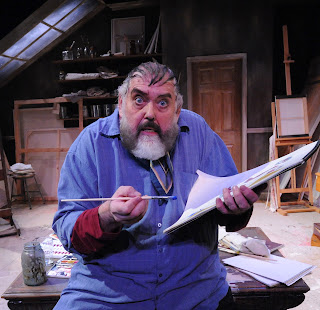 Zero Hour was the most honoured show of 2010, winning the New York Drama Desk Award for Outstanding Solo Performance, the Los Angeles Ovation for Best Play and the Washington, D.C. Helen Hayes Award for Best Actor.

Brochu has said, "Zero had a great influence on my life and I was fortunate to get to know him when I was first starting out. He considered himself primarily an artist who took acting jobs to support his painting. I can think of no other person in show business who had more obstacles to overcome than him. He grew up poor. He survived the blacklist. A bus accident almost took his leg off. But he fought and survived, and then went on to win three Tony Awards."

The multi-Oscar-nominated actress Piper Laurie directs Brochu. When it played off-Broadway and Los Angeles, Variety said Brochu evokes the kind of prickle on the back of the neck usually delivered by David Lynch movies;" the LA Times noted that "Brochu reintroduces us to the funny, fantastically contrary Mostel in all his biting intelligence and imperfection;" and The New Yorker raved, "It all flows and provides plenty of big laughs as well as hushed drama. After a while, you stop caring whether a particular line is Brochu's or Mostel's; all you know is that you've been privy to the work of a great comedian." 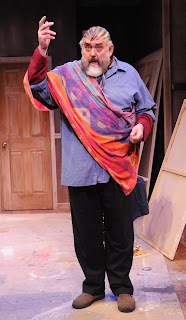