blasphemous blockbusters; Jealous lovers and their Jewish mothers;
Tales of vodka and the Russian Revolution; Philip Roth unmasked; Jean Dujardin before The Artist;
Scoring at the Movies; and so much more,

Welcome to the Toronto Jewish Film Festival 2012
With this year’s line-up, TJFF celebrates 20 years of ground-breaking cinema
May 3 – 13, 2012

(Toronto) - It’s an exciting time for Toronto film lovers because one of the year’s most anticipated events, the Toronto Jewish Film Festival, is here again and it’s celebrating 20 years of fantastic films. One of the largest festivals of its kind in the world, TJFF returns May 3 through May 13 with a programme of 96 films from over 15 countries, celebrating not only the many aspects of the Jewish experience, but also cultural diversity in general.

Everything kicks off with opening night on Thursday May 3 at 8:00pm, at the Cineplex Odeon Varsity (55 Bloor St. W. inside Manulife Centre) with the English-Canada premiere of A Bottle in the Gaza Sea, directed by Thierry Binisti, a France-Canada co-production.  A 17-year-old girl slips a message of peace into a bottle, which gets thrown into the Gaza Sea.  She receives an email response from a teenaged Palestinian who calls himself ’Gazaman’ and a new email friendship develops.

Closing this edition of TJFF will be a special SNEAK PEEK screening of A.K.A. Doc Pomus, a Canadian documentary co-directed by Will Hechter (Jews and Baseball). "Save the Last Dance For Me" and "This 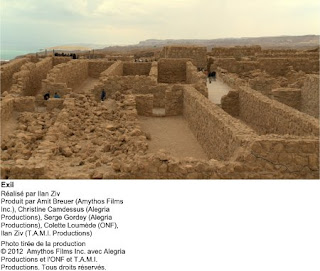 Magic Moment" are only two of over 1,000 songs written by Jerome Felder, better known as Doc Pomus.  He was one of the great founders of rock ‘n’ roll, who wrote many of Elvis Presley's hits, as well as material for the Drifters, Ray Charles and Andy Williams, just to name a few.

Saturday night May 6th at The Toronto Underground Cinema , TJFF offers an outrageously funny double-bill that kicks off at 9:15pm with OSS 117: Lost in Rio. Before their Best Picture and Best Actor Oscar wins this year for The Artist, director Michel Hazanavicius and actor Jean Dujardin teamed up for this laugh-out-loud parody of 1960s spy films that’s pitched somewhere between Austin Powers, Mel Brooks, and Matt Helm.  This will be followed at 11:30pm with something more blasphemous, as TJFF presents the Toronto Premiere of This Is Sodom, a biblical farce that matches the outrageousness of Monty Python. This film is the biggest Israeli box-office smash in 25 years.

Other cheeky TJFF titles include:  Let My People Go (Canadian Premiere) -  This charmingly offbeat French comedy focuses on a gay Jewish man and his dysfunctional family;  Hitler: The Comedy Years – an intelligent British documentary that looks at comedians who have tried to make fun of the ‘man with the silly

TJFF’s sidebar series this year is The Sound of Movies: Masters of the Film Score, curated by Ellie Skrow, celebrates the work of Jewish composers who create the music for the movies, through the artistry of the film score.  The 12-part series includes special guests: Grammy and Oscar-winning composer David Shire (Saturday Night Fever, The Taking of Pelham One Two Three, Norma Rae, All the President’s Men, Farewell, My Lovely, Zodiac) who will introduce Francis Ford Coppola’s The Conversation (featuring Shire’s masterful score) and the Stephen Sondheim teleplay, Evening Primrose. Shire will also talk about his remarkable body of work, in conversation with film critic and author Kevin Courrier.  Revered composer Alex North (Spartacus, Prizzi’s Honor, Who’s Afraid of Virginia Woolf, Death of a Salesman) startled the world with his groundbreaking jazz score for A Streetcar Named Desire

and received 15 Oscar nominations during his illustrious career. His son Steven North, Emmy Award-winning producer of The Last Butterfly (marking his father’s last score) will attend the screening of this rarely-seen acclaimed feature film, and talk about his father’s extraordinary career with film music journalist Mark Hasan.  Celebrated Canadian composer Mychael Danna (Moneyball, The Sweet Hereafter) has selected a film of his choice—the original Planet of the Apes (1968) starring Charlton Heston. Mr. Danna will introduce a rare 35 mm archival print of the film; speak about Jerry Goldsmith’s amazing score, and answer questions from the audience.  Also included in the Sidebar series are rare documentaries on Jerry Goldsmith, Lalo Schifrin, Bernard Herrmann, and The Hollywood Sound (about the Jewish exiles who invented film music) as well as an illustrated talk on the history of movie music by film critic and author Kevin Courrier. Films on Elmer Bernstein, Michael Nyman and the rare indie feature Something Wild (1961) with a stunning score by Aaron Copland, round out the series along with interview excerpts and shorts on Howard Shore, Danny Elfman and many more.


As usual TJFF will play host to many captivating narrative and documentary features including Canadian, International and World Premieres such as: Kafka’s Last Story (Canadian Premiere) explores the mystery behind the writer’s legacy and manuscripts which are currently being guarded by an eccentric woman and dozens of cats in Tel Aviv. Portrait of Wally (International Premiere) focuses on the historic court case 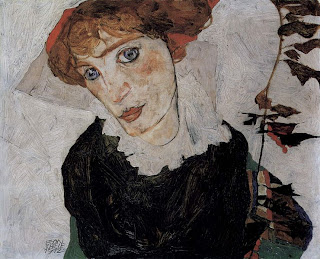 behind Egon Schiele's infamous painting; while a tense caper surrounding stolen art during the Second World War forms the backbone of My Best Enemy (Canadian Premiere) an Austrian narrative feature. Exile—A Myth Unearthed (World Premiere) asks: What if the exile of the Jewish people from their homeland in the first century AD, never happened? 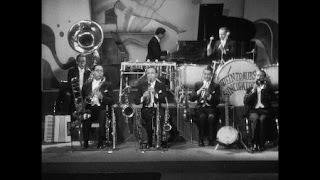 The Toronto Jewish Film Festival gratefully acknowledges its major sponsors: C A. Delaney Capital Management Ltd.; Overdrive Design; and BBDO.
All films at TJFF have been rated by the Ontario Film Review Board, see website for individual ratings.