(Toronto) Even after his death, Franz Kafka’s fate was Kafka-esque. Despite the author’s wish that his remaining unpublished works be burned post-mortem, they survive today after mouldering in a recluse’s 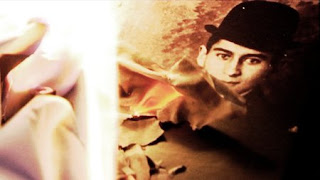 apartment in Tel Aviv and a lengthy lawsuit.

But cloudy history has revealed a silver lining for documentarian Sagi Bornstein and distributor Syndicado, who closed a deal to acquire his film, Kafka’s Last Story, at the Toronto Jewish Film Festival.

Not merely one of the most resonant writers of the 20th Century, Kafka was an icon embraced for the Jewish identity perceived in his works.  Syndicado’s Greg Rubidge jumped at the chance to acquire Kafka’s Last Story during its Canadian premiere of the Festival, and signed the deal with distributor Ruth Diskin Films.

"After a number of titles acquired from Ruth Diskin Films over the last few months, I was delighted to add Kafka's Last Story while it screened at the TJFF,” says Rubidge. “Ruth has a distinct and poignant collection 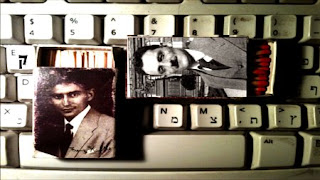 of films, including Kafka’s Last Story a compelling doc that follows the mystery of this writer’s legacy, where now historic claims to his “lost” work, after 80 years, can be put to rest, knowing the truth.”

“We were delighted to have the film screen at the Toronto Jewish Film Festival and even happier to add to the film's success by partnering with Syndicado to exploit all the new opportunities available  on digital platforms," says Ruth Diskin. "We've always enjoyed a strong festival presence in North America but we've not had as many options available to reach key audiences as we do now."

TJFF screened Kafka’s Last Story in May 2012 to a sold-out crowd, where the director Bornstein was in attendance and participated in a post-show Q+A.

About Syndicado
Syndicado is a leading digital aggregator and distribution company with a focus on documentaries, independent film and factual TV series. Working in partnership with traditional film and TV distributors, Syndicado has led in the industry in its breadth of distribution channels across the Internet's leading video on demand (VOD) platforms.