The Script Tease Project Continues to June 3 in Toronto 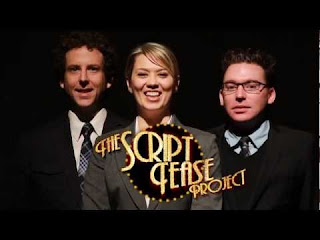 TORONTO, ON – Following the huge success of the inaugural Script-Tease Project in 2011, three-time Canadian Comedy Award-winning improv theatre company The National Theatre of the World, are thrilled to announce The Script Tease Project 2012.

Continuing to push the boundaries of what theatre and improvisation can be, notorious crowd pleasers Matt Baram, Naomi Snieckus, and Ron Pederson have invited renowned playwrights from Canada and beyond to pen the first two pages of a new play (just a tease) and seal them in an envelope.  Each night the improvisers will open one up, read the two pages, and then improvise the rest of the show before your very eyes.  Ten shows, ten playwrights, ten unbelievable high wire acts of improvisational daring from The National Theatre of the World.

“The reception for this show last year was unbelievable,” says National Theatre of the World co-founder Naomi Snieckus.  “As improvisers, this is our chance to collaborate with our theatre idols and they only have to write two pages.  It’s a playwright’s dream and an actor’s nightmare in a way!  It is the ultimate test for us to be able to complete the plays in a way that is entertaining, relevant, and maintains the writers voice.” 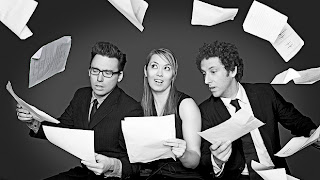 In only four short years the company has given birth to the award-winning Impromptu Splendor, and the award-winning Carnegie Hall Show, a weekly meta-variety show that satirizes the gala retrospective and then riffs on the old time radio play.

In 2010 The National Theatre of the World also launched the SummerWorks Theatre Festival hit Fiasco Playhouse, a theatrical mash up of improv, music, dance, and visual art. They also hosted one of the biggest block parties Toronto has ever seen, the launch of the Toronto International Film Festival’s Bell Lightbox.   The last two years have seen them tour across Europe (Amsterdam, Berlin, London), Canada, and the US including their first run in New York City.  This year The Carnegie Hall Show moved into a new home, The Second City Theatre, and has been playing there the first Friday of every month to record audiences.

10 shows, 10 playwrights, 10 unbelievable high wire acts of improvisational daring from The National Theatre of the World. 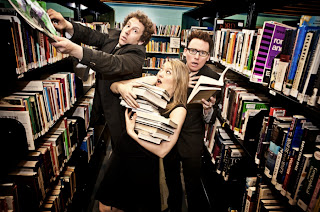 Images by May Truong

The National Theatre of the World presents
The SCRIPT-TEASE Project
Created by and starring Matt Baram, Ron Pederson and Naomi Snieckus

Tickets are $20, Student tickets $15
Tickets can be purchased at the Theatre Passe Murraille box-office,
By phone at 416-504-7529 or online at www.artsboxoffice.ca