Toronto, ON – In the spirit of Office Space and Horrible Bosses comes The Boss, the first ever Colombian-Canadian-Argentinean co-produced feature film. This black comedy was directed by Jaime Escallón Buraglia, produced by Robert Budreau of Lumanity Productions and is being released by 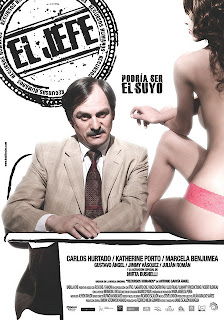 Boutique Films in Canada. An international box office hit, The Boss puts a darkly comedic spin on the common daydream of escaping one’s life and job.

• The Boss opens in Toronto on Friday, June 22 at the Rainbow Carlton Cinemas.

The Boss features Carlos Hurtado as Ricardo Osorio, the head of Human Resources at Rioplatense Limited who is stuck with a job he hates and a wife he can’t stand (Marcela Benjumea). Hoping to change his life around, Osorio steals information in an attempt to destroy the company and run away with his newfound lover (Katherine Porto), who also happens to be his wife’s best friend.

Premiering in January 2011, The Boss enjoyed successful theatrical runs in both Colombia and Argentina. To date, the low budget comedy has grossed over $1.5 million internationally, making it one of the most profitable Canadian co-produced films of 2011. The film also appeared at the 2010 Ventana Sur (Argentina) Film Festival and the 2010 Bogota Film Festival.

The Boss is Jaime Escallón Buraglia’s feature film debut and illustrates his signature style of exciting performances and a bold approach to storytelling. After studying film and television at the National University of Colombia, Escallón Buraglia received a Master’s degree in Drama from the University of Toronto. The Boss was selected for the Guadalajara Co-production Market and for the NALIP Writer's Lab. At the latter, Miguel Tejada-Flore (writer, Revenge of the Nerds) mentored the script process and added his touch to the irreverent spirit of the film. Escallón Buraglia was selected for the Talent Lab at the Toronto International Film Festival and the Momentum program of the National Film Board of Canada. 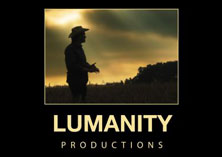 About Lumanity Productions:
Established in 2003, Lumanity is the film and television production company of award-winning writer, director and producer Robert Budreau. Based in Toronto and Los Angeles, Lumanity has produced numerous films that have sold around the world, including the Genie-nominated feature That Beautiful Somewhere and the international box office hit, El Jefe (The Boss).

About Boutique Films:
Boutique Films is a distribution company for producers and run by producers. It was founded in 2008 by film veterans Nicholas Tabarrok and John Kozman, who had the simple idea of creating a producer-friendly film company. Their philosophy is to only distribute quality pictures which they will passionately support and nurture. Boutique selects a handful of carefully chosen films to develop and distribute each year.