The NFB at the Worldwide Short Film Festival

Toronto – The National Film Board of Canada’s pioneering role in short filmmaking will be showcased once again at the CFC Worldwide Short Film Festival, taking place in Toronto from June 5 to 10, 2012.

The festival will be featuring the world premiere of Halifax-based filmmaker Andrea Dorfman’s new NFB animated short, Big Mouth. In her latest film, Dorfman explores the experiences of a bright-minded child who has an unfiltered and deeply curious way of looking at the world, honestly commenting on whatever she sees—be it a big mole or a big belly. A film for anyone, young or old, who has ever gotten in trouble for saying too much, Big Mouth is an animated short about one of life’s big lessons. It’s the latest collaboration between the filmmaker and St. John’s-based NFB producer Annette Clarke, who also teamed up on Dorfman’s award-winning 2010 NFB short Flawed. 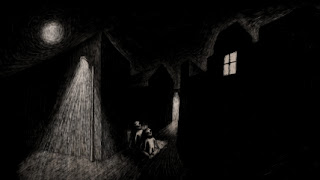 Featuring an outstanding performance by Canadian Oscar-winner Christopher Plummer, Regina Pessoa’s Kali the Little Vampire introduces audiences to an aged vampire named Kali, who remembers the day he learned to accept being different and found his place in the world. This beautiful and moving fable is the conclusion of Pessoa’s trilogy of shorts about childhood, following the 1999 film A Noite and the multi-award-winning 2005 NFB film Tragic Story with Happy Ending. Kali the Little Vampire is produced by Abi Feijó (Ciclope Filmes), Julie Roy and René Chénier (NFB), Pascal Le Nôtre (Folimage Studio), and Georges Schwizgebel and Claude Luyet (Studio GDS).

Georges Schwizgebel’s animation talents are also on display at the festival with his own Genie Award-winning short, Romance. Schwizgebel masterfully sweeps us into another world through music and movement, breaking down the boundaries between desire and reality in a tale of two strangers who 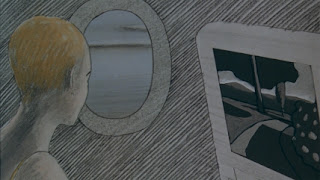 undergo a turbulent airline flight together. A dazzling visual transcription of the second movement of Rachmaninoff’s Sonata for Cello and Piano, op. 19, Romance is produced by Georges Schwizgebel (Studio GDS) with Marc Bertrand and René Chénier (NFB).

Franck Dion’s Edmond Was a Donkey illustrates the challenges of being true to oneself in a world filled with social conformists. When co-workers tease him by crowning him with a pair of donkey ears, the film’s central character discovers his true nature—only to open a widening chasm between him and everybody else. Edmond Was a Donkey is produced by Franck Dion and Richard Van Den Boom (Papy3D Productions), and Julie Roy (NFB).

About the NFB
Canada’s public producer and distributor, the National Film Board of Canada creates interactive works, social-issue documentaries and auteur animation that provide the world with a unique Canadian perspective. The NFB is developing the entertainment forms of the future in groundbreaking 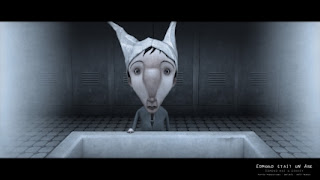 interactive productions, while pioneering new directions in 3D stereoscopic film, community-based media, and more. It works in collaboration with emerging and established filmmakers, digital media creators and co-producers in every region of Canada, with Aboriginal and culturally diverse communities, as well as partners around the world. Since the NFB’s founding in 1939, it has created over 13,000 productions and won over 5,000 awards, including 6 Webbys, 12 Oscars and more than 90 Genies. Over 2,000 NFB productions can be streamed online, at the Screening Room as well as via partnerships with the world’s leading video portals, while the NFB’s growing family of apps for smartphones, tablets and connected TV delivers the experience of cinema to Canadians everywhere.