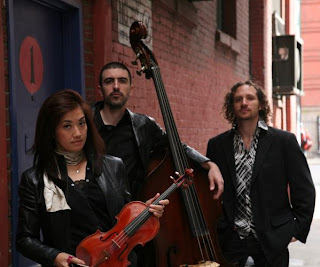 composer/arranger Pedro Giraudo on bass. Together they capture the passion and excitement of Argentine tango in a repertoire ranging from traditional favorites to contemporary interpretations.

Their first album “Urban Tango Trio” was released by PLATONIC RECORD in Japan in 2011.

They have dazzled audiences in New York, Washington DC, South Carolina, Virginia, and in Tokyo, Japan, with an upcoming tour to Japan this August.  This appearance at Joe’s Pub will debut their new repertoire, which they will feature on their tour and will be the basis of their next CD. 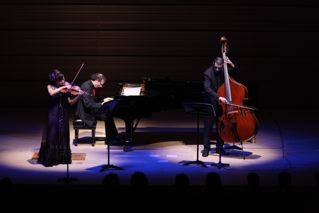 Octavio Brunetti
With his main ensemble, OCTAVIO BRUNETTI TANGO QUINTET, he has appeared at the Kaufmann Hall, Jamaica Center for the Arts and the NY City Center.

Mr. Brunetti is considered one of the most sought after tango pianists of our times.

Pedro Giraudo
As a composer and arranger, Giraudo leads the critically acclaimed Pedro Giraudo Jazz Orchestra, which boasts some of New York's finest jazz musicians and performs regularly in the most prestigious jazz clubs in New York City. His compositions combine his love of classical forms, Argentine tango and folk music, and the spontaneity of jazz improvisation. The Orchestra has recorded five CDs and has won several Latin Corner Awards