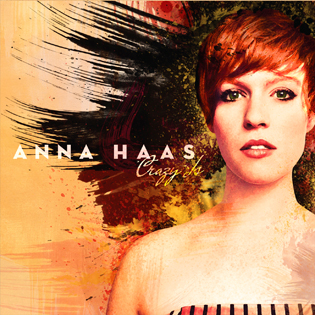 NEW YORK, NY - Anna Haas, the fiery and theatrical singer / songwriter / entertainer extraordinaire, sizzles with the physical release of her debut album “Crazy Is” due to hit the streets on September 18, 2012.  With red-hot moxie to match her crimson tresses, Anna Haas is a triple threat whose dramatic appeal scintillates on her debut album through unabashed lyrics and electrifying vocals.

“Crazy Is” is a timeless yet modern tapestry of stories and musings blending lyrical sarcasm, intelligent metaphor and absolute vulnerability. The songs shift in subject matter from a secret affair and tragic loss to the use of an illegal substance and the imagined loneliness of Marilyn Monroe.  Crazy Is is a thrilling mix of the cities and artists that inspire Haas, and her signature, expressive voice is the crux that a legion of instrumentation swarms around: heavy, soulful piano, ripping guitar solos, ambient synthesizers, bluesy pedal steel, funky horns, and a symphony of strings.

Supported primarily by fans through fundraising website Kickstarter.com, Crazy Is took Haas nearly two years to prepare, record and package. The album was recorded in multiple studios throughout Nashville and New York to create the best sounds for each instrument, using more than 27 of some of the most renowned and Grammy award-winning musicians, who each, stylistically, bring elements of their respective genres to the record, resulting in a wildly original musical creation.

To support the September 18 physical release of Crazy Is, Anna Haas will be playing select US show dates in New York City and Atlanta.  Known for her eye-popping and consistently unpredictable live performances that entail dramatics such as fearlessly entering the audience or subtle dance moves, Haas’ live shows prove to be full-fledged sensory experiences. 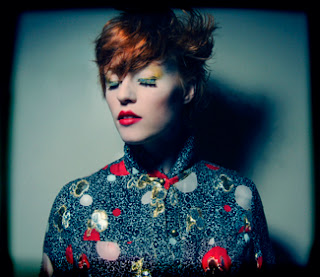 “Crazy Is”, the debut album from Anna Haas, will be physically released on September 2018.