“For me, being creative is a natural bodily function, like breathing and eating,” Shawn Lee says from his London studio as he reflects on the whirlwind effort and inspiration he experienced in developing 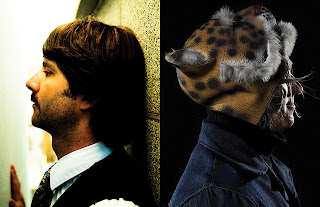 his latest album, Synthesizers in Space. It began at a music store called Switched On in Austin, TX and the discovery of a vintage “mystery-box” instrument hidden amongst the old synths and organs that created sounds and textures unlike anything currently in his sonic arsenal.

The result was a focused attack in the studio, creating a set of 11 new tracks based around the “mystery box”, and a range of psychedelic grooves. Synthesizers in Space is a diverse, densely layered collection from a musician known for his ability to blend sunny melodies, smoky grooves and propulsive rhythms into his own inimitable sound.

By bouncing tracks back and forth between digital and analog media, Lee gave the album a warm, intimate sound. The synthesizers are spacy, full of subtle, ear twitching effects, but primordial drumming keeps the music anchored for the listener. “AJ’s Mood” opens the set with a subtle, bongo dominated pulse with hesitant bass and sparse keyboard accents; “Head Up” is an epic party-starter complete with Fatboy Slim hooks and block rocking beats; while “Boogie Children (Saturn Day Night”)” channels the spirit of T. Rex with a cracking glam rock pulse, phat bass guitar and a salacious vocal from special guest Earl Zinger.

“There’s a lot more to this album than the title implies,” he explains. “I use a lot of keyboards, but it’s not wall-to-wall synthesizers. The foundation is drumming – real drums played in real time – and captured on analog tape for that crusty, magnetic sound that I like.”

Lee has been searching for that sound since his early days growing up in Wichita, Kansas starting on air-guitar. “I got a real guitar when I was 10 and started playing along with records and recording myself. I wanted to make records. Not to get chicks and play clubs, but to make the kind of sounds that fascinated me.” Along the way, Lee taught himself drums, bass and many other instruments. He played in cover bands in grammar and high school; including a group that included future country star Martina McBride.

Upon moving to Los Angeles, the aspiring musician found day jobs producing, doing session work, and working with the likes of the Dust Brothers and the late Jeff Buckley, Tony Joe White, and Tommy Guerrero.  These early opportunities to work with top producers caught the eye of legendary BBC radio DJ, Gilles Peterson, who gave Shawn the opportunity to re-locate to London by signing him to his record label Talkin’ Loud, where he is still based today.

In 1995 he made the Planet of the Breaks series and Ape Breaks, Vol. 1-5 - widely sampled albums that became the backbone of countless recordings. “I taught myself how to play break beats, then looped and sampled myself, leaving in all the errors and off beats to get something that doesn’t sound manufactured.”

Lee’s prolific recording career – 30 plus albums and counting - took off with a series of song based solo albums, including Monkey Boy, which included “Happiness,” later a mega-hit for singer Will Young. He made ten titles of cinematic instrumental music as the Ping Pong Orchestra, collaborated with artists such as Clutchy Hopkins, Money Mark, Amy Winehouse, Lana Del Rey, Alicia Keyes, Adrian Younge and Bei Bei, composed music for film, video games (award winning video game composer for “Bully”) and television shows, including HBO’s Eastbound and Down, Lost, Criminal Minds, and toured with artists like Phoenix, Zero 7, Sigur Ros and Thievery Corporation. 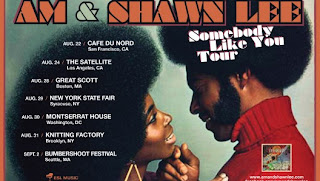