of a rich selection showcasing the NFB's role in unique and innovative Canadian cinema.

The NFB's TIFF 2012 lineup also boasts Jeffrey St. Jules' 3D look at his Franco-Ontarian roots, Let the Daylight into the Swamp, and the stop-motion NFB short Bydlo by Patrick Bouchard.

Stories We Tell
In this exploration of the elusive nature of truth and memory, Oscar-nominated writer/director Sarah Polley (Away from Her) discovers that the truth depends on who's telling it. Polley is both filmmaker and detective as she investigates the secrets behind a family of storytellers. She playfully interrogates a cast of characters of varying reliability, eliciting refreshingly candid, yet mostly contradictory, answers to the same questions. As each relates their version of the family mythology, present-day recollections shift into nostalgia-tinged glimpses of a lively, fun-loving past and the shadows just beneath. Polley unravels the paradoxes to reveal the essence of family: a messy, intense and loving tangle of contradictions.

A Special Presentation at the festival, this inspired, genre-twisting film was developed by Polley at the NFB. It is produced by Anita Lee and executive produced by Silva Basmajian of the NFB¡¯s Ontario Centre. 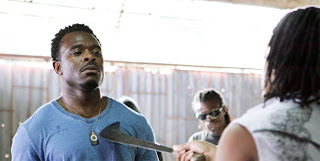 Sutherland's Home Again tells the story of three young people deported 'home' to Jamaica after being raised abroad since infancy. Once landed in Kingston, and without a compass of any kind, each of the characters embarks on a journey that pushes their endurance beyond measure and forces them to discover who they truly are. On the most fundamental level, Home Again asks the question, "How would you survive?" 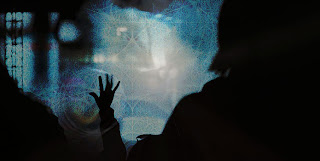 The End of Time
Making its Canadian premiere in the Masters program at the Toronto International Film Festival, The End of Time is the final film in a trilogy of works by Peter Mettler that explores the limits of what can be expressed in cinema, following Picture of Light (1994) and Gambling, Gods & LSD (2002). In his latest work, Mettler takes on the elusive subject of time, again seeking to film the un-filmable on a journey that takes him to a particle accelerator in Switzerland and lava flows in Hawaii, disintegrating inner-city Detroit and a Hindu funeral rite near the place of Buddha¡¯s enlightenment. Mettler dares to dream the movie of the future while also immersing us in the wonder of the everyday.

The End of Time is produced by Cornelia Seitler and Brigitte Hofer (maximage), Ingrid Veninger (Grimthorpe) and Gerry Flahive (NFB). 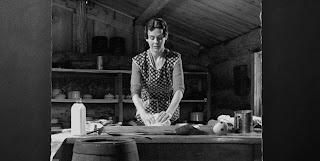 grandparents and their rugged frontier existence in the logging towns of Northern Ontario. St. Jules¡¯ tale unfolds on the bumpy back roads of life, where ultimately his family was dislodged. Blending fiction and documentary, myth and fact, comedy and tragedy, all rendered in 3D, St. Jules stitches together an elusive, fractured family history. Yet the joie de vivre of Franco-Ontarian life tempers the hardship and regret, infusing this visually inventive film with both joy and heartbreak.

Making its world premiere in the Short Cuts Canada section, Let the Daylight into the Swamp is produced for the NFB by Anita Lee. 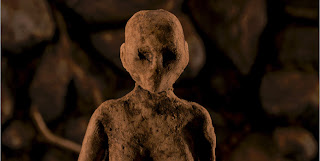 Bydlo
Bydlo by Patrick Bouchard is an allegory of mankind heading for disaster. Inspired by the fourth movement of Modest Mussorgsky¡¯s Pictures at an Exhibition, and drawing on the composer¡¯s brilliant ability to evoke work and labour in his music, Bouchard brings the earth to life in Bydlo through animated clay sculptures, creating a concrete and terrifying world in which man is his own slave driver. Making its Ontario premiere in the Short Cuts Canada section, Bydlo is produced for the NFB by Julie Roy.

About the NFB
The National Film Board of Canada creates groundbreaking interactive works, social-issue documentaries and auteur animation. The NFB's award-winning content can be seen at NFB.ca and on apps for smartphones, tablets and connected TV. Canada¡¯s public producer and distributor since 1939, the NFB has created over 13,000 productions and won over 5,000 awards, including 6 Webbys, 12 Oscars and more than 90 Genies.