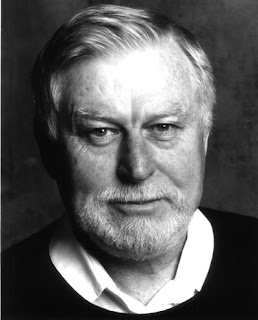 Focusing on his five semi-autobiographical plays about the fictional Mercer family of Newfoundland, the exhibit combines rare artifacts, images and text to examine the history of French's darkly humorous slice-of-life dramas, and his far-reaching influence in the development of English Canadian theatre.

David French (1939-2010) played a crucial role bringing the voice of Canadian playwrights to our stages and the popularity of his plays proved that audiences from coast to coast wanted to see plays written by Canadians. Tarragon's founding Artistic Director Bill Glassco first took a chance on David French in 1972, closing the first season with his first professional play: Leaving Home. Urjo Kareda wrote, in 2001, when he was Artistic Director: "Leaving Home was the play and the evening - I've always believed - that put Tarragon Theatre onto the map."

"As the theatre that launched and nurtured David French's early work, it is totally appropriate that this exhibit comes to Tarragon," says current Tarragon Artistic Director Richard Rose. "David French's Mercer family is our Houae of Atreus. He dramatised the living rooms of 1960s Toronto, evoking the great dramatic myths and the eternal conflict of family. We understand this story anew again thanks to

This special retrospective exhibition was produced with the support and collaboration of the French family who loaned numerous artifacts and photos on display.

The exhibit is open before performances of the first show of Tarragon's 42nd season - No Great Mischief by David S. Young, adapted from the novel by Alistair MacLeod - and closes 15 minutes before show time. 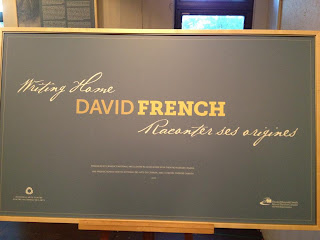