NEW YORK CITY - From the garbage dump in Guatemala City, to the tent cities in Haiti, to the toxic oil ponds where birds expire, Luz, Helene and Zia search for hope in the unlikeliest, in-between places. LUZ is 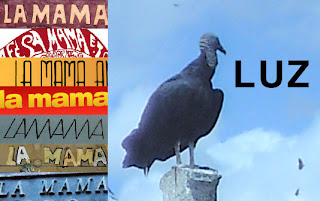 a play that is at once volatile and tender, entertaining and surreal.

Luz, Helene and Zia, survivors of rape and torture from Guatemala, Haiti, and Sudan, seek asylum in US Immigration courts. Alexandra is their lawyer. She works for a corporate law firm, which represents corporations responsible for wreaking the environmental destruction and economic privation that underlie appalling violence perpetrated against her clients. A PR executive for one such corporation, Oliver, derides the hypocrisy of those who romanticize a world without oil, but cannot escape his son’s condemnation. From the garbage dump in Guatemala City, to the tent cities in Haiti, to the toxic ponds where birds expire, all search for hope in the unlikeliest, in-between places.

There will be a series of talkbacks and panel discussions after select shows. 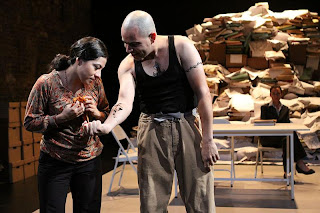 Sharon Friedman on Luz by Catherine Filloux from culturehub on Vimeo.