Indigenous artists at the forefront of innovation in film, video, radio and new media.

The Festival’s Opening Day Celebrations kicks off with a Welcome Gathering at the Native Canadian Centre of Toronto (16 Spadina Road) on Wednesday, October 17, 2012 at 2:00 p.m. with remarks from imagineNATIVE, an honoured elder and traditional singers. imagineNATIVE’s popular Opening Night Gala screening returns to the Bloor Hot Docs Cinema at 7:00 p.m. followed by the Opening Night Party at The Brant House (522 King Street West).

“We’re incredibly excited about this year’s line up as imagineNATIVE once again presents innovative, beautiful, challenging and cultural works by Indigenous artists from Canada and around the world,” says Jason Ryle, Executive Director. “This year’s programming includes numerous World Premieres, art exhibitions, industry events, and social gatherings for everyone.”

Highlights of this year’s Festival include an International Spotlight on the Mapuche Nation, one of the largest Indigenous nations in Latin America. This Spotlight showcases riveting videos made by Mapuche

filmmakers and addresses themes of land, culture, and resistance.

New Media and digital arts continue to exert a strong presence in our lives and at the Festival, including the World Premiere group exhibition, Concealed Geographies co-curated by Suzanne Morrissette and Julie Nagam. This exhibition, held at A Space Gallery (401 Richmond Street West, Studio 110) from September 22-October 27, 2012, examines geographical places from Indigenous perspectives. imagineNATIVE is also proud to present De Nort, a stunning interactive digital work that provides a unique glimpse into life on a reserve. This World Premiere work is the first commission offered in collaboration with the National Film Board of Canada’s NFB Interactive. 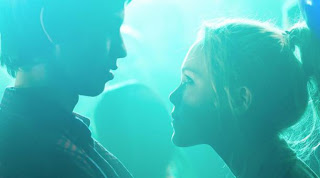 imagineNATIVE also celebrates a living legend with a rare solo exhibition of prints by acclaimed filmmaker Alanis Obomsawin. Never before presented in Toronto, a small collection of etchings made by Alanis over the last 30- years will be presented and available for sale at Open Studio (401 Richmond Street West, Studio 104) from October 18-21, 2012. 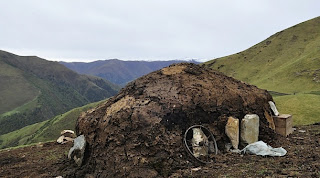 Admission to the imagineNATIVE Film + Media Arts Festival ranges from $7 for an individual ticket to $110 for a Festival Pass, in addition to many FREE events and screenings. There is truly something for everyone of all ages at imagineNATIVE!

About imagineNATIVE Film + Media Arts Festival
The imagineNATIVE Film + Media Arts Festival celebrates the latest works by Indigenous peoples at the forefront of innovation in film, video, radio, and new media. Each fall, imagineNATIVE presents a selection of the most compelling and distinctive Indigenous works from around the globe. The Festival's programming, cultural & social events, and Industry Series attract and connect filmmakers, media artists, programmers, buyers, and industry professionals. The works accepted reflect the diversity of the world's Indigenous nations and illustrate the vitality and excellence of our art and culture in contemporary media.