Canstage Toronto Presents: The Arsonists on Stage to December 9 2012

Wickedly funny farce The Arsonists lights up the stage with Canadian premiere
On stage November 11 to December 9, 2012

Toronto, ON – Canadian Stage sizzles with an original production of The Arsonists, a dark comedy by Swiss playwright Max Frisch that explores our all-too-human ability to ignore acts of evil. Translated by Alistair Beaton, the Canadian premiere of this famous political farce is brought to life by director Morris 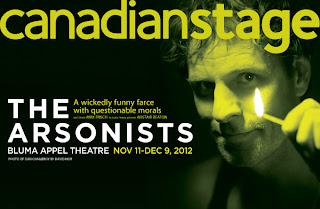 • Starring stage favourites Michael Ball (Heartbreak House, Shaw Festival), Shelia McCarthy (Little Mosque on the Prairie) and Fiona Reid (Hedda Gabler, Rock ‘n’ Roll) with songwriter and musician Justin Rutledge (Divisadero) performing an original score alongside a live band on stage
• The Arsonists will be on stage from Sunday, November 11 to Sunday, December 9 (opening and media night: Thursday, November 15)
• Venue: the Bluma Appel Theatre in the St. Lawrence Centre for the Arts (27 Front St. E).
• Tickets from $24 to $99 are available by phone at 416.368.3110, online at www.canadianstage.com, or in person at the box office.

“This play is a very funny yet brilliantly pointed parable about how, as individuals and as a society, we can be tragically accommodating when things go awry. Theatre, no matter how humorous, is best when it leaves room for debate, giving us something to think about,” said Matthew Jocelyn, Artistic & General Director. “We can’t wait to share this production as part of our 25th Anniversary season: there is no better cast or 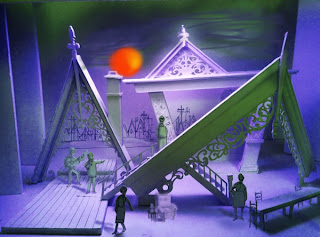 creative team in this country to deal with this slightly surreal and bitingly intelligent play.”

Set in no particular time or place, with a fantastical, picturesque backdrop designed by MacDonald, 1960s-inspired costume design from Charlotte Dean and lighting design by Jason Hand, The Arsonists follows a bourgeois business man, Gottlieb Biedermann (Ball) and his wife, Babette (Reid). When Biedermann unwittingly lets two strangers into his home, not realizing the pair - played by Dan Chameroy (Wanderlust, Stratford Shakespeare Festival) and Shawn Wright (Murdoch Mysteries, Stratford Shakespeare Festival) - are the notorious arsonists who have already torched much of the town, he hopes that by turning a blind eye to what is right in front of him, nothing will go wrong. McCarthy rounds out 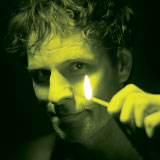 the ensemble of Canadian Stage veterans as the Biedermann’s shrewd maid, Anna, with musicians Christine Bougie and Sly Juhas joining Rutledge as members of the Fire Brigade to provide a live musical score.

Written shortly after the Second World War, this “moral play without a moral” is thought to be Frisch’s interpretation of the slow and insidious move of the Nazis into German society. Translated in 2007 by Beaton, the play still resonates as a universal tale highlighting the risk of individual complicity and the consequences of shying away from political and social responsibility.