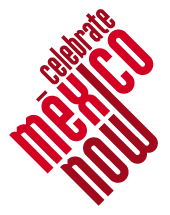 With programs spanning the city and running the gamut from a major tribute to the late, great singer Chavela Vargas at Carnegie Hall (November 27) to family-friendly puppetry at a new Mexican- 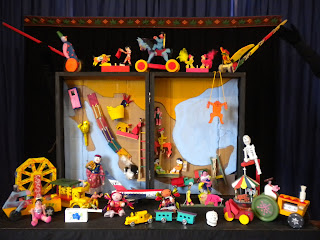 American community center (puppet theater Cornisa 20’s Juguetes; November 24 & 25 - pictured left) and engaging talks on literature and visual art, Celebrate México Now! has established itself as both a conduit for hip glimpses of the evolving Mexican scene, and as a bridge between communities.

“The festival is living everything you read and hear in the arts world about community outreach, about audience and bridge building,” reflects curator and mastermind Claudia Norman. “It’s all about crossover, mixing the mainstream and trendy, and the community-based and grassroots.”

This means more than creating programming that appeals to different audiences; it’s about supporting homegrown offshoots of Mexican cultural forms, like the Brooklyn-based Banda de los Muertos (November 17), a crew of dedicated banda fans who have taken the dowdy music and made it hip again. “It’s amazing to see people making banda cool because the music is very lively and fantastic,” Norman relates. “You put it in a different context, and it’s the coolest thing on earth. That’s the way the festival strives to contextualize all these diverse elements, from high culture to cuisine. It encourages real engagement and real pride.”

November 27: Tribute to Chavela Vargas with Ely Guerra, Eugenia León, and Tania Libertad
Carnegie Hall
Three powerful voices in their own right explore the legacy and work of Mexico’s queen of popular song, at the venue that saw one of her landmark performances. Created by Claudia Norman in 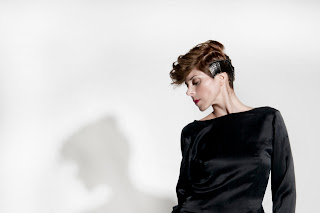 consultation with Vargas before the singer passed earlier this year, this evening will showcase the many facets of the revered performer’s career. León, esteemed for her interpretation of Mexican traditions from ranchera to bolero , will explore the folk songs Vargas made her own. Guerra (pictured right), born in Monterrey and often compared to rock icons like PJ Harvey, will highlight Vargas’s tales of love, redemption, and nostalgia. Libertad, a spirited singer who unites Latin and world music influences, will presented songs inspired by and performed by Vargas.

November 16: Limón Dance Company: 65th Anniversary Celebration
Tilles Center for the Performing Arts, Long Island University
On par with pioneers like Martha Graham in terms of his impact on contemporary dance, Mexican-born choreographer José Limón never reveled in his heritage, though it informed his work. 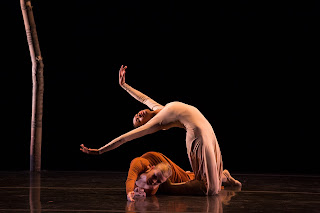 Now, his legacy to the international dance scene and to Mexican culture will shine as his company presents Limón’s works, in a vibrant program to mark its decades of dance excellence.

November 16: Award-Winning Short Films from the 2011 Morelia Film Festival
School of Visual Arts
Mexico’s answer to Sundance, Morelia is the place to catch the latest developments on Mexico’s vibrant film scene. These festival-winning shorts, ranging from animation to documentaries, tackle cultural issues, personal epiphanies, and wry old fables. Followed by a Q & A with some of the films’ directors.

November 19: Architect Mauricio Rocha-Iturbide
Center for Architecture
The notable freethinking Mexican architect and educator will discuss how design, building, and usage intertwine in his award-winning work. He will also explore the built environment of Mexico City and put his own designs in a larger, international context. 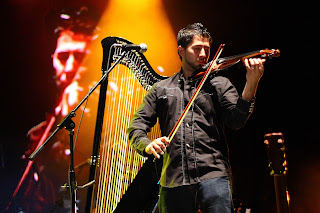 different genres and subjects. Now with his first collection of personal musings, Taibo will present an irreverent and engaging bilingual view of the literary and intellectual scenes in Mexico City, storming through the personal, political, and not-normal with a reading and lively Q & A. (Violinist Celso Duarte is pictured right)

Celebrate México Now! is an independent arts festival produced by CN Management, with the generous support of individual, government, and non-profit donors.