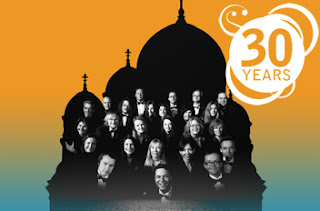 features one of the world’s greatest chamber choirs joined by four university choirs from across Canada. The concert highlights classics from the Russian and Latvian repertoire, as well as two Canadian compositions including a world premiere. Thanks to the generosity of BMO Financial Group, nearly 100 tickets to this concert, and all 2012-2013 Soundstreams concerts, are available for just $20.

The evening will begin with all five choirs performing John Cage’s Number Piece for four-part chorus, Four2. And in honour of Remembrance Day, actor Billy MacLellan will read an excerpt from CBC Radio’s award-winning drama, Afghanada.

Tickets range from $20-$65 and are available through The Royal Conservatory
Box Office at 416-408-0208 or online at www.soundstreams.ca