Toronto – Hot Docs is pleased to announce that January’s Doc Soup will present PORTRAIT OF WALLY (D: Andrew Shea, United States, 90 min.). Called “a cinematic masterwork about a painted masterpiece” by The Huffington Post, PORTRAIT OF WALLY will screen on Wednesday, January 9, at 6:30 p.m. and 9:15 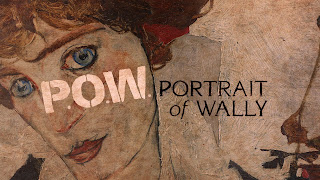 p.m., and on Thursday, January 10, at 6:45 p.m. at the Bloor Hot Docs Cinema, 506 Bloor St. West . Filmmaker Andrew Shea will be in attendance to introduce the film and answer questions following the screenings.

When Jewish art dealer Lea Bondi fled Vienna in 1939, his Egon Schiele painting “Portrait of Wally”, a tender picture of the artist’s mistress, was seized by the Nazis. The painting resurfaced in 1997 while on loan to Manhattan ’s Museum of Modern Art , sparking a thirteen-year legal battle with the owner’s heirs. PORTRAIT OF WALLY traces the history of this iconic image, from Schiele’s gesture of affection toward his young lover, through the post-war confusion and subterfuge, to its surprising reappearance and the ensuing legal battle. This is the stunning account of a painting that brought Nazi art looting into the public sphere and forced museums to search their own collections and return the last “prisoners of war” to their families. 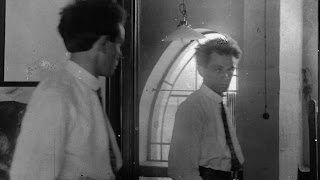 • Single tickets for PORTRAIT OF WALLY are $15 and can be purchased in advance online at www.hotdocs.ca or in person at the Bloor Hot Docs Cinema box office.
• In the event advance tickets sell out, a limited number of tickets may be available at the door on the night of the screening.

Upcoming screening dates for Toronto ’s Doc Soup are February 6 and 7, March 6 and 7 and April 3 and 4. Doc Soup titles are announced at least one month prior to their screenings and, whenever possible, guest directors are in attendance.

The Doc Soup monthly screening series brings the latest Canadian and international documentaries to the big screen in Toronto and Calgary . Hot Docs also presents Best of Hot Docs weekends in Vancouver and Winnipeg . Hot Docs is pleased to acknowledge Citytv as the Presenting Partner of the Doc Soup and Best of Hot Docs series. Doc Soup Toronto is sponsored by Rogers Group of Funds and by print media sponsor The Globe and Mail.