• The submission deadline is January 31, 2013.
• All Canadian Aboriginal artists are eligible to submit their proposals.
• Full submission details can be found at nfb.ca/imaginenative/proposals.
• The recipient of the 2013 NFB imagineNATIVE Digital Media Partnership will be announced at the imagineNATIVE Awards Celebration on October 20, 2013. 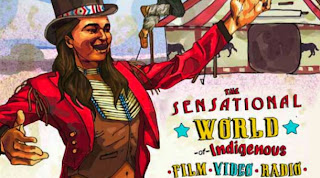 Toronto – The imagineNATIVE Film + Media Arts Festival and the National Film Board of Canada (NFB) have renewed their digital media partnership for a third year of collaboration, and are inviting Canadian Aboriginal artists to submit proposals for innovative interactive digital media projects. Proposals can be for works in any digital medium and genre, including interactive documentary, mobile and locative media, interactive animation, interactive photo essay, data visualization and physical installation.

De Nort, an online locative video, photo and auditory journey into life on a northern reserve, by Winnipeg’s ITWE collective, was selected through the inaugural call for proposals in 2010 and is now in the final stages of production at the NFB’s Winnipeg production studio. An installation preview at imagineNATIVE 2012 will be followed with an interactive site launch in early 2013. Tyler Hagan’s project In the Similkameen (working title) was selected for production under the 2012 partnership and will premiere at the 14th annual imagineNATIVE Film + Media Arts Festival in October 2013.

“imagineNATIVE does an unparalleled job of showcasing and supporting the work of Aboriginal digital artists. Our collaboration with the Festival on this partnership has given us a great new opportunity to work with talented Aboriginal artists like Kevin Lee Burton, Caroline Monnet, Sébastien Aubin and Tyler Hagan as they explore new forms of storytelling and expression through digital media. As we enter our third year, we’re all looking forward to a new round of submissions,” said Michelle van

“Coming off a record year for attendance and presentation of Indigenous media arts at imagineNATIVE, we’re pleased to partner once again with the NFB,” said Jason Ryle, Executive Director of imagineNATIVE. “The opportunity for creative growth in this field through this partnership is remarkable, as we have seen with De Nort, and we all look forward to this year’s applications. This collaboration is an incredible opportunity for an Indigenous artist to create a new interactive work through the NFB, which continues to support Aboriginal creativity in Canada for an international audience.”

imagineNATIVE has been active in the programming and commissioning of digital media work by Aboriginal artists since the early 2000s. The NFB is Canada’s leading producer of internationally acclaimed innovative interactive digital media works, and has been producing audiovisual works by First Nations, Métis and Inuit directors since the late 1960s. The NFB works with a range of artists to reflect Canadian perspectives through film, video and interactive digital media projects.