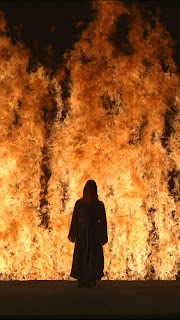 Isolde marks legendary director Peter Sellars’ company debut and the first time his original, awe-inspiring production has appeared in North America.  This multi-sensory experience features video imagery by internationally renowned video artist Bill Viola, who “has come up with an image of the scale and scope, grandeur and immensity, and genuine transcendence that Wagner was imagining,” says Sellars.  COC Music Director Johannes Debus, who conducts his first production of Tristan und Isolde, leads the COC Orchestra and Chorus through Wagner’s epic masterpiece as well as an acclaimed cast led by celebrated Canadian tenor Ben Heppner in a role for which critics have hailed him as “the great Tristan of this generation” (Associated Press).  Last seen at the COC in 1987, Tristan und Isolde returns for seven performances at the Four Seasons Centre for the Performing Arts on January 29, February 2, 8, 14, 17, 20 and 23, 2013, and is sung in German with English SURTITLES™.

The COC’s Tristan und Isolde is the first time Sellars’ production has been performed by an opera company other than Opéra national de Paris, since its premiere in 2005.  The design features a 40-foot-wide screen suspended above and behind a somberly lit space, featuring only a square platform for a set piece.  Accompanied by video, singers have minimal staging as they project the emotional depth of the piece through their voices. 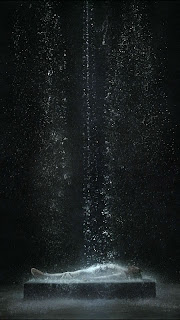 Renowned theatre, opera and festival director Peter Sellars is one of the most innovative and powerful forces in the performing arts in the world, and he makes his COC debut with this production of Tristan und Isolde.  Following his iconic stagings of Le nozze di Figaro, Don Giovanni, and Così fan tutte in the 1980s, Sellars established a reputation for unique stagings of classic and contemporary operas, and has directed productions for Lyric Opera of Chicago, Glyndebourne Festival, Netherlands Opera, Opéra national de Paris, Salzburg Festival, San Francisco Opera and Metropolitan Opera, among others.

Bill Viola is internationally recognized as one of today’s leading artists, and has been instrumental in the establishment of video as a vital form of contemporary art.  The video imagery he has created for this production provides literal, metaphorical and spiritual complements to the tragic love between Tristan and Isolde.

COC Music Director Johannes Debus conducts his first production of Tristan und Isolde when he leads the COC Orchestra and Chorus.  Wagner’s Tristan und Isolde premiered in 1865 in Munich and is considered to be one the most revolutionary and influential works in music history due to Wagner’s use of tonality, orchestral colour and harmonic suspension.  Wagner raised the union of music and drama to new heights with Tristan und Isolde with the sheer power and passion of its score. 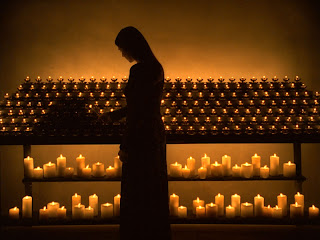 Based on the tragic medieval tale of two lovers fated to share a forbidden but undying love, Tristan und Isolde features two of the most strenuous roles in all of opera.  The title characters must sing above a 100-piece orchestra with vocal power and tonal brilliance, and possess the sheer stamina required to sing these roles over four hours of musical performance.  At any given time, there are only a handful of singers in the world who are able to meet all the challenges of these two roles.

The COC’s Tristan und Isolde marks tenor Ben Heppner’s long-awaited return to the company’s mainstage, having last appeared in a COC production in 1996’s Pagliacci.  Excelling in some of the repertoire’s most challenging roles, Heppner is acclaimed worldwide for his beautiful voice, intelligent musicianship and sparkling dramatic sense.  In the role of Tristan, he’s been praised for his “utter honesty and visceral power” (New York Times) and called “the finest Tristan since Vickers” (Fanfare).  Singing opposite Heppner is a German soprano known for her mastery of the Mozart, Strauss and Wagner repertoire, Melanie Diener, in her COC debut as Isolde.  Cited for her “genuine transcendence” (The Guardian) and “beaming, youthful Wagner voice” (Opera Today), Diener has collaborated with many of the major orchestras and conductors of today, is a frequent performer at the 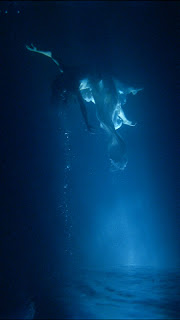 prestigious Bayreuth and Salzburg festivals and has been heard at the Metropolitan Opera, Royal Opera House Covent Garden, Opéra national de Paris and the Vienna and Berlin state operas, among others.

Sharing the title roles with Heppner and Diener for two performances (February 8 and 23) are German tenor Michael Baba and American soprano Margaret Jane Wray.  Baba makes his COC debut as Tristan.  His wide operatic repertoire, ranging from Mozart to Wagner, has created a great deal of demand for his voice.  He has performed throughout Germany, Austria, the United States and Japan, and recently gave his debut performance as Tristan at Salzburg’s Landestheater.  Wray is an award-winning dramatic soprano known for her interpretations of the works of Richard Wagner, and has performed at the world’s major opera houses, including the Metropolitan Opera, Teatro alla Scala, Bavarian State Opera, Berlin State Opera, and Opéra national de Paris.

Matching this acclaimed principal cast is an equally strong and renowned supporting roster of singers.  German bass Franz-Josef Selig has established himself on the international arena as one of the world’s most sought-after basses.  He makes his COC debut as King Marke of Cornwall, the man betrayed by Tristan and Isolde’s love affair.  The role of Isolde’s maid, 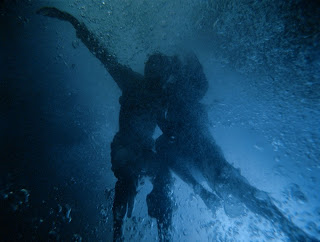 Brangäne, is sung by Greek-American mezzo-soprano Daveda Karanas, winner of the 2008 Metropolitan Opera National Council Auditions and hailed for her “capacious power” and “a voice lustrous and exciting” (San Francisco Chronicle).   American bass-baritone Alan Held, a “commanding figure both vocally and dramatically” (Globe and Mail) and who was noted as “on his own is worth the price of admission” (Toronto Star) for his star turn in the COC’s double-bill production of A Florentine Tragedy/Gianni Schicchi last spring, returns as Tristan’s servant, Kurwenal.  American bass-baritone Ryan McKinney, praised for his “elegant and articulate” vocalism (OC Register) and powerful voice that “drips with gold” (Opera News), is the courtier Melot.  Rising young artists and Ensemble Studio graduates bass Robert Gleadow and tenor Adam Luther return as the Steersman and the Sailor/Shepherd, respectively.

The COC’s Tristan und Isolde is a production from Opéra national de Paris.  Tony-Award winning designer the late Martin Pakledinaz created the costumes.  James F. Ingalls, who has worked extensively in theatre, opera and ballet and frequently with Sellars, designed the lighting.