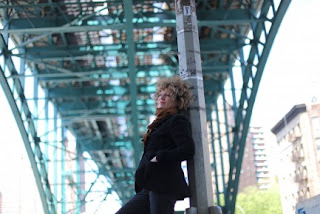 Vocalist Chris McNulty has been hailed for her "liquid phrasing, luminous ton, a voice of serene beauty and veracity" (Peter Quinn, Jazzwise).  Harvey Siders wrote in JazzTimes that "her explorations seem to transcend to a free zone between jazz and modern symphonic there is so much to commend about the album: above all, the versatile, soothing, swimming voice of Australian-born McNulty." 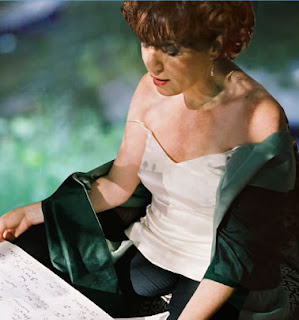 struck, delaying the album's release. Says McNulty, "This recording, the tune selections, my two compositions and the treatment concept, all took place before my beautiful beloved and cherished son, Sam departed this world (July 16th, 2011). Nothing has been changed or altered in any way. My composition "Long Road Home - The Song that Sings You Here" was completed in 2008. The title for this recording was chosen in 2010. As I listen back now, it strikes me that much of this album sounds like it was conceived after Sam left us. I have no explanation for this except to say that every song I sing, I sing for him. I sing him here, always." Challenge Records releases the album January 15, 2013.

The music, especially on the evocative title track that closes the album, has taken on an added poignancy in the wake Sam's death, but the circumstances of its release should by no means detract from the level of artistry. McNulty is a vocalist firmly in command of her instrument, with a rich expressive voice soaked in swing and blues, and an ability to improvise that's straight from the heart. She has truly come into her own on this, her Challenge Records debut and seventh album as a leader.