TORONTO - Afrofest is celebrating its 25th anniversary on July 6 & 7, 2013, returning to Woodbine Park, Lakeshore Boulevard East and Coxwell Avenue. As a part of the celebrations, Afrofest will be saluting Black History Month this February for its 6th annual series of Friday night concerts. The weekly events will

take place at the Gladstone Hotel on February 1, 8, 15 and 22, beginning at 8 p.m.  The series features a diverse selection of top African artists living and working in the city - Discover Africa in Toronto! Each week there will a different line-up of African talent performing live, so get ready for a night of dancing!

Afrofest 2013 is a chance to discover Africa in the heart of Toronto, presented by Music Africa. Held annually since 1989, it is a free showcase of the rich and diverse African culture.  Michael Stohr, President of Music Africa says, "Afrofest is proud to celebrate its 25th year in 2013. We hope that the concerts during Black History Month bring together the community to not only enjoy the local stars of African music, but to 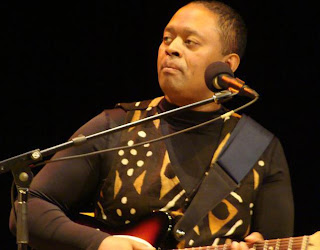 also highlight the importance of history and culture of Africa in Canada.”

Music Africa provides a strong platform for emerging artists from the many African communities in the city and elsewhere in Canada. In recent years, the organization has taken the initiative to include more youth-centered African musical forms both at Afrofest and other venues. Music Africa presents both English and French artists along with many other African languages in order to better represent the diversity within these communities.
Music Africa also supports the activities of other non-profit cultural organizations through partnerships for various events. Through its activities, Music Africa is committed to enhancing appreciation and awareness of African music among Canadians while also striving to establish Toronto as a thriving global centre for African music.

*Donné Roberts is a passionate and highly skilled guitarist and vocalist with a very unique sound and style; his songs are mainly in Malagasy his mother tongue from his birthplace of Madagascar. Donné came to wider recognition after he released his first album “Rhythm Was Born” and for his contribution as one of the members of the African Guitar Summit project, which won a JUNO in 2005 and was nominated for another one in 2007. Donné raised and educated in Moscow Russia and now lives in Toronto. In Moscow, he was 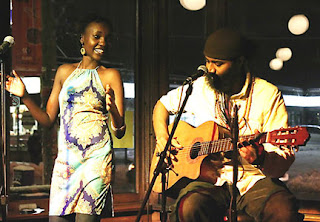 the first black VJ on MTV Russia. His brand new record INTERNATION was released in 2012. With friends and collaborators, he makes something entirely original and uniquely Canadian that is imbued with a Donné Roberts sound.

*Waleed Abdulhamid and Ruth Mathiang are both from Sudan. They sing in Arabic, Nuer, and Kiswahili. Ruth Mathiang comes from a musical family, where both her parents were musicians in their youth. In Kenya, she performed with local musicians, in styles ranging from traditional music to hip hop. Her dream of having her own CD came true when she immigrated to Canadato attend the University of PEI and in 2002 released her first CD My Cry, Peace, a collection of gospel/peace songs. In 2005-2006, she recorded her second album Butterfly, a mixture of her favourite styles of music, from hip-hop, reggae, afrobeat, to gospel. It received great praise, reviewers invariably noting Mathiang’s soaring voice, her great versatility and her ability to find intimacy even in songs intended for huge crowds. “I believe freedom is in the heart and when we let love in, freedom awaits our invitation. I sing and write about the struggle of the human heart to open and let freedom shine,” she says.

*Jabulani: the Zulu word meaning “we are happy”. Jabulani: the name of the band whose music makes one feel happy. Jabulani, based in Toronto, has been performing their unique brand of World music for eight years in Canada. The band, led by Brian Litvin, originally from Johannesburg, South Africa, plays a blend of Township Jive, Zulu Maskande, traditional Zulu music and South African Jazz.

Before coming to Canada, Brian was a successful performer in his native South Africa. Together with his band, Fireflies, and as a solo act, Brian was a well-known entertainer at venues and festivals across the country. With the contributions from well known musicians, Mafata Lemphane, from Lesotho, on bass guitar and vocals, the versatile George Morellato on drums and vocals, Mafa Makhubalo from Bloemfontein, 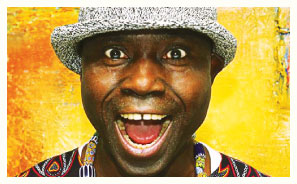 South Africa, on percussion and vocals, and Gideon Litvin on guitar, the sound of Jabulani has matured and is now a tight, melodic group who sings in both English and in Zulu. In addition to enjoying the music, audiences are thrilled by the exciting spectacle of traditional Zulu dance. Jabulani has performed on multiple stages from National Music Festivals to official Consular events.

*Entertainer, musician, composer, dancer, choreographer, author and educator Njacko Backo shares his uplifting music, energizing dance, and hope-filled stories with audiences of all ages and all walks of life. Njacko was born in Cameroon in 1958 and raised in the hills in a small village called Bazou, which means “The Walkers.” To paint a picture of life in his village, Njacko often points to the movie “The Gods 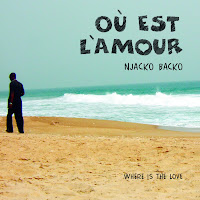 Must Be Crazy” to demonstrate the truly rural and organic nature of his upbringing.

Musically and spiritually Njacko draws on the lessons he learned in Africa from his musical family, mentors and village life. Like most children in his village, Njacko began playing percussion and making instruments at age three. However, with his Grandmother’s assistance, Njacko met with the elders of the village who taught him to play music starting with the hand drum (toumkak), kalimba (thumb piano), and African harp (zaa koua and ngoni).