Toronto, ON – Canadian Stage presents Haptic, Holistic Strata, Sayonara and I, Worker in a one-week festival of Japanese theatre and dance as part of Spotlight Japan. This series is part of a city-wide celebration 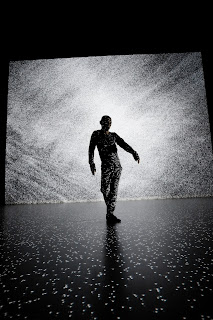 Spotlight Japan at Canadian Stage features a selection of work from Japan’s leading playwrights, choreographers and performers, offering a rare opportunity for Toronto audiences to experience exciting and innovative, international work. Presented as two double-bills, Spotlight Japan marks Canadian Stage’s second biennial international festival, following Spotlight Italy, programmed as part of the 2010.11 season. Two pairings, Haptic and Holistic Strata (double bill one), and Sayonara, and I, Worker (double bill two), will be on stage from Tuesday, February 26 to Saturday, March 2 at the Berkeley Street Theatre (26 Berkeley St.). Tickets for each two-show pairing are $54, available online at www.canadianstage.com, by phone at 416.368.3110, or in person at the box office.

“Canadian Stage’s Spotlight Festival series was created from our desire to share work from countries around the world that have a concentrated focus on truly relevant contemporary work, involving artists who are pushing the boundaries of their art forms,” said Matthew Jocelyn, Artistic & General Director. “For the 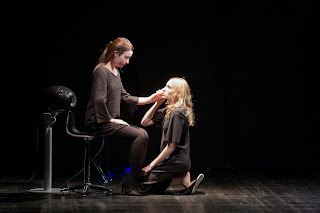 last 40 years, Japan has been a hotbed for artists who continually invent new ways of telling stories, first sweeping Europe and North America twenty years ago with the Butoh movement. The country continues to create ground-breaking performance art, and we can’t wait to share this work by turning our Berkeley Street Theatre into a hub for these touring artists.”

Next on the playbill are two short plays by Japan’s leading contemporary playwright Oriza Hirata called Sayonara and I, Worker. Created as part of The Robot Theatre Project, a collaborative project between Seinendan Theatre Company and Osaka University, both pieces feature human and robot actors exploring the intersection between human and artificial intelligence on stage in an innovative fusion of theatre arts and science.

Additional Spotlight Japan programming at Canadian Stage will feature music, food tastings, robot demonstrations with FIRST Robotics and local high school students, poster art and more. Live music will be performed in the front lobby of the Berkeley Street Theatre each night between shows and after the final performance of the evening. Featured musicians include koto and shamisen artist Linda Caplan (February 26 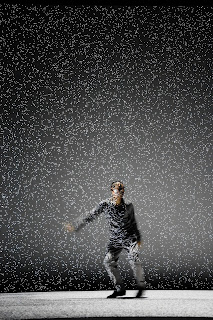 and 27), flutist Ron Korb (February 28) and Japanese folk music ensemble ten ten (March 1 and 2). Japanese food and drink will be available in the lobby, with a complimentary sake tasting from the Ontario Spring Water Sake Company featuring their Izuma-branded sake (February 26, 28, and March 1 at 7 p.m.).

Canadian Stage will also host free readings of two contemporary Japanese plays by Oriza Hirata: Loyal Ronin: The Working Girls' Version and The Yalta Conference, both translated by Hiroko Matsuda and Cody Poulton. The readings, presented with support from the Japan Foundation, will be held at the Berkeley Street Theatre on March 1 and 2 at 4 p.m. Donations will be accepted for the Actor’s Fund of Canada.

Spanning four months, multiple venues and genres, and with a mixture of both free and ticketed events, Spotlight Japan offers the opportunity for total Japanese cultural immersion this winter. For more information, please visit spotlightjapan.ca.

About Spotlight Japan at Canadian Stage
February 26 to March 2, 2013
Haptic and Holistic Strata will be on stage at the Berkeley Street Theatre, Downstairs (26 Berkeley St.). Performances run Tuesday through Saturday at 7:30 p.m. The double-bill performance runs 65 minutes with a brief intermission.

Sayonara and I, Worker will be on stage at the Berkeley Street Theatre, Upstairs (26 Berkeley St.). Performances run Tuesday through Saturday at 9 p.m. with a matinee on Saturday, March 2 at 2 p.m. The double-bill performance runs 75 minutes with an intermission. 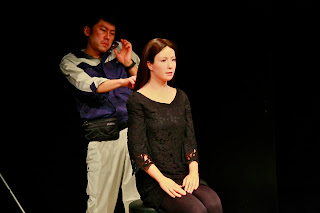 Tickets for each two show double-bill are available for $54, in limited supply. Due to demand, a new performance of Sayonara and I, Worker has been added on Saturday, March 2 at 2 p.m. and has the best availability. Tickets can be purchased online at www.canadianstage.com, by phone at 416.368.3110 or in person at the box office.
Single tickets start at $24, with C-Stage Under 30 tickets available for $15 (taxes and fees included). Subscriptions and tickets may be purchased by phone at 416.368.3110, in person at Canadian Stage’s Bluma Appel Theatre (27 Front St. E.) or Berkeley Street Theatre (26 Berkeley St.) or online at www.canadianstage.com.