Toronto, ON- Nominated for an International Emmy, Guidestones is an interactive web series that creates a cutting-edge viewing experience.  The International Emmys, a membership based organization comprised of 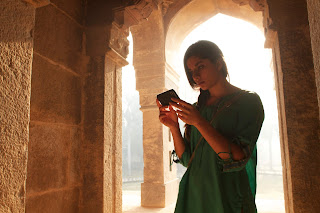 leading media and entertainment figures from around the world will be presented April 8th in Cannes, France.

Written and directed by Jay Ferguson, Guidestones,  follows journalism students Sandy (Supinder Wraich) and Trevor (Dan Fox) as they plunge into a world of mystery. Inspired by true events, the series begins with the suspicious death of a scientist, as Sandy and Trevor uncover the clues they are lead to the discovery of a global conspiracy surrounding the Georgia Guidestones, a monument nestled in rural Georgia, inscribed with directions for rebuilding civilization after the apocalypse.

Blurring the line between reality and fiction, Guidestones is a fast-paced thriller featuring 50, three-minute visually stunning episodes.  Each episode encourages the audience to engage with the storyline through a variety of clues and hidden messages. When searched online, these clues reveal a vast amount of bonus materials including over three hours of additional videos and 34 original websites, all which allow the audience to solve the mystery along with the protagonists or in some cases ahead of them.  Viewers are offered two ways to engage, push and linear.  The push version allows viewers to sign-up for an e-mail notification, which delivers episodes in “real time” as the story develops. The linear option allows viewers to watch the entire series at once. 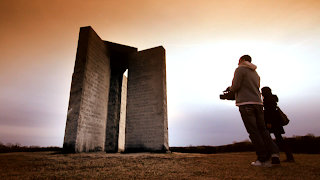 Guidestones has received 14 nominations from internationally recognized organizations including the Emmy's, and recently won a Canadian Screen Award for Best Original Program or Series Produced for Digital Media.  The series has also received a “Rockie” Award at the Banff World Media Festival and Digi Award as well as earning five nominations at the International Academy of Web Television Awards at the Consumer Electronics Show.  Shot on location in Canada, India and the United States, Guidestones was released in February 2012 and has since received international recognition and rave-reviews.  The highly anticipated second season is currently in production.

About Jay Ferguson
Jay Ferguson is an award-winning Canadian filmmaker who has contributed as a writer, director, producer and cinematographer to over 15 feature films. He is the President of 3‘oclock.tv, an entertainment production company that focuses on original, high quality, serialized content for distribution via the Internet and mobile devices.