celebrated canadian director Atom egoyan returns to the coc with his acclaimed production of RICHARD strauss’S visceral and shocking opera, salome
April 21 to May 22, 2013
at the Four Seasons Centre for the Arts, Toronto

At the opera’s 1905 premiere, the audience and critics were shocked by its subject matter and erotic themes; Salome’s world of voyeurism and sexual abuse still elicits an equally visceral response today.  In past presentations of this production, in 1996 and 2002, the COC’s Salome was described as a “brilliant modern day interpretation” (Classical 96 FM) that is “marvelously wicked and wickedly marvelous,” (The Globe and Mail) and “relevant to a 21st-century audience” (NOW Magazine).  COC Music Director Johannes Debus conducts his third opera of the season for the company when he leads the COC Orchestra through Strauss’s intoxicating music.  Sung in German with English SURTITLES™, Salome runs for eight performances at the Four Seasons Centre for the Performing Arts on April 21, 27, May 1, 4, 7, 10, 16 and 22, 2013.

Adapted from Oscar Wilde’s play, the opera recounts the ancient story of Salome, who demands the head of Jochanaan (John the Baptist) in return for performing the Dance of the Seven Veils.  Salome lives in a hedonistic royal court, with her perverse and shameless stepfather, Herod, and her imperious mother, Herodias.  Salome’s desire for the imprisoned Jochanaan is mirrored by a soldier’s tortured infatuation for 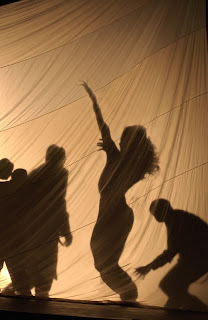 her, and Herod’s own lust for his stepdaughter.  Consumed by passion, the family is inevitably torn apart by its destructive obsessions.

Among the variety of film, video and photographic projections designed by Barker for the COC’s Salome are works by Canadian Edward Burtynsky, who, since the 1996 premiere of the production, has achieved international recognition for his large-format photographs.  Burtynsky is responsible for many of the still images that appear in Salome.

COC Music Director Johannes Debus conducts seven of Salome’s eight performances with COC resident conductor Derek Bate taking the podium on May 22.  They lead a 106-piece orchestra through a lush and exotic score that seethes with the emotions, neuroses and unspoken drives of the opera’s characters.

In Swedish-American soprano Erika Sunnegårdh, the COC has a Salome who can meet the role’s challenging vocal and physical demands.  Since her critically acclaimed operatic debut in 2004 in the role of Turandot at Malmö Opera, Sunnegårdh has established herself as not only one of the most versatile and exciting sopranos on the world stage, but also earned a reputation for fearless and emotionally nuanced characterizations, with performances at Bayerische Staatsoper, Teatro Comunale di Bologna, Welsh National Opera, Gran Teatre del Liceu, Oper Frankfurt, Metropolitan Opera and Deutsche Oper Berlin, among others.  Sunnegårdh makes her COC debut in the title role. 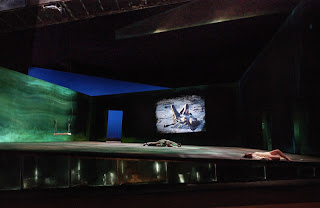 Rounding out the impressive cast is a line-up of familiar and new opera stars.

Sharing the role of Jochanaan are two internationally renowned singers: German baritone Martin Gantner (April 21, 27, and May 1, 4), in his COC debut, and American bass-baritone Alan Held (May 7, 10, 16, 22), whose recent COC performances in Tristan und Isolde and the double-bill of A Florentine Tragedy/Gianni Schicchi have won him the admiration of Toronto audiences and critics alike. 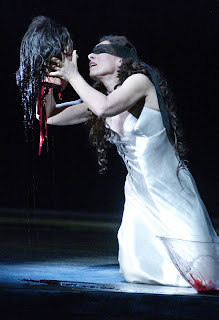