NEW YORK CITY - American Ballet Theatre's 2013 season at the Metropolitan Opera House, May 13-July 6 will be highlighted by the World Premiere of a three-part work set to music by Dmitri

Shostakovich and choreographed by Alexei Ratmansky, the Company Premiere of Sir Frederick Ashton's A Month in the Country and a new production of Le Corsaire. Tickets for ABT's Spring Season at the Metropolitan Opera House are on sale now at the box office. 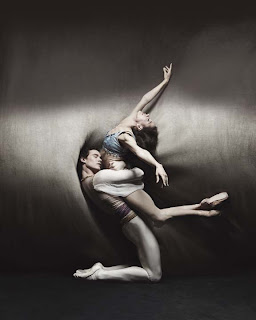 Exchange Artists
Steven McRae, a principal dancer with The Royal Ballet, and Alban Lendorf, a principal dancer with the Royal Danish Ballet, will perform as Exchange Artists during ABT's 2013 Spring season as part of an exchange program with their respective companies. McRae will dance the role of Lankendem in Le Corsaire at the matinee on Wednesday, June 5 and the evening performance on Saturday, June 8. Lendorf will perform Prince Désiré in The Sleeping Beauty, opposite Xiomara Reyes as Princess Aurora, at the matinee on Saturday, July 6.

World Premiere
The season will be highlighted by the World Premiere of a complete evening of three works by Artist in Residence Alexei Ratmansky on Friday, May 31. Ratmansky's works are set to symphonies by Dmitri Shostakovich and feature scenery by George Tsypin, costumes by Keso Dekker and lighting by Jennifer Tipton. The first work, Symphony #9, was given its World Premiere at New York City Center on October 18, 2012, led by Polina Semionova, Marcelo Gomes, Herman Cornejo, Simone Messmer and Craig Salstein. Symphony #9 will be performed by the same cast on May 31, alongside the World Premieres of the second and third works. The second work, set to Shostakovich's Chamber Symphony for Strings (Op. 110a), will be led by David Hallberg, Paloma Herrera, Julie Kent and Isabella Boylston. The evening's third work, set to Symphony No.1, will be led by Diana Vishneva, Calvin Royal III, Natalia Osipova and Ivan Vasiliev. The complete Shostakovich evening will receive four performances through June 3.

Company Premiere
American Ballet Theatre will present four performances of mixed repertory May 21-23. Sir Frederick Ashton's A Month in the Country will be given its ABT Company Premiere on Tuesday evening, May 21, led by Julie Kent and Roberto Bolle. Based on the play of the same name by Ivan Turgenev, A Month In the Country features music by Frédéric Chopin, arranged by John Lanchbery, with designs by Julia Trevelyan Oman and lighting by John B. Read. The libretto tells the story of an elegant Russian household thrown into turmoil by the presence of a young tutor. A Month in the Country received its World Premiere by The Royal Ballet at the Royal Opera House, Covent Garden on February 12, 1976, led by Lynn Seymour as Natalia Petrovna and Anthony Dowell as Beliaev. The ballet is staged for ABT by Grant Coyle.

Revival and Repertory Program
Sharing the program with A Month in the Country will be the revival of George Balanchine's Symphony in C and Mark Morris' Drink to Me Only With Thine Eyes. Symphony in C, featuring music by Georges Bizet, costumes after Karinska and lighting by Mark Stanley, was given its World Premiere by the Paris Opera 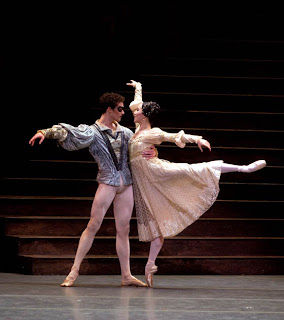 Drink to Me Only With Thine Eyes, a work for twelve dancers, is staged by Tina Fehlandt and features music by Virgil Thomson and costumes by Santo Loquasto. Drink to Me Only With Thine Eyes was given its World Premiere by ABT on May 31, 1988. An excerpt of the ballet was given its first performance at the Dancing For Life benefit at the New York State Theater on October 5, 1987.

The Company will perform John Cranko's Onegin beginning Tuesday, May 14 with Julie Kent as Tatiana and Roberto Bolle as Onegin. On Saturday evening, May 18, Irina Dvorovenko will give her final performance with American Ballet Theatre in the role of Tatiana. Set to music by Peter Ilyitch Tchaikovsky, arranged and orchestrated by Kurt-Heinz Stolze, Onegin is based on the poem of the same name by Alexander Pushkin. Onegin received its World Premiere on April 13, 1965 by the Stuttgart Ballet in Stuttgart, Germany. The 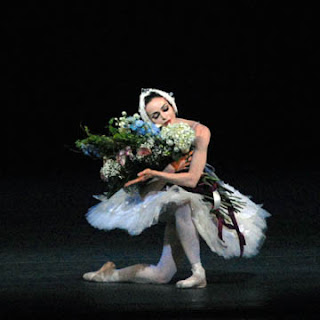 ballet received its Company Premiere by American Ballet Theatre on June 1, 2001 at the Metropolitan Opera House in New York with Julie Kent (Tatiana), Robert Hill (Onegin), Vladimir Malakhov (Lensky) and Maria Riccetto (Olga). This new production, with sets and costumes by Santo Loquasto and lighting by James F. Ingalls, was premiered by the National Ballet of Canada on June 19, 2010 at the Four Seasons Centre for the Performing Arts, Toronto, Canada and was first performed by ABT on June 4, 2012 at the Metropolitan Opera House. Staged for ABT by Reid Anderson and Jane Bourne, Onegin will be given eight performances May 14 through 20.

The first of eight performances of Don Quixote will be led by Xiomara Reyes and Herman Cornejo on Friday evening, May 24. This performance will celebrate the 10th anniversary of Ms. Reyes and Mr. Cornejo as Principal Dancers with ABT. Staged by Kevin McKenzie and Susan Jones, with choreography after Marius Petipa and Alexander Gorsky, Don Quixote is set to music by Ludwig Minkus and features scenery and costumes by Santo Loquasto and lighting by Natasha Katz. The McKenzie/Jones staging of the current production was first performed by ABT on June 12, 1995.

Sir Kenneth MacMillan's Romeo and Juliet will be given eight performances beginning Monday evening, June 10 with Diana Vishneva and Marcelo Gomes in the title roles. Set to the score by Sergei Prokofiev, Romeo and Juliet features scenery and costumes by Nicholas Georgiadis and lighting by Thomas Skelton. The ballet received its World Premiere by The Royal Ballet in London on February 9, 1965 and was given its ABT Company Premiere at the Metropolitan Opera House on April 22, 1985.

Eight performances of Swan Lake, choreographed by Kevin McKenzie after Marius Petipa, will be given beginning Monday, June 17 with Polina Semionova and David Hallberg leading the opening night cast. Swan Lake is set to the score by Peter Ilyitch Tchaikovsky and features scenery and costumes by Zack Brown and 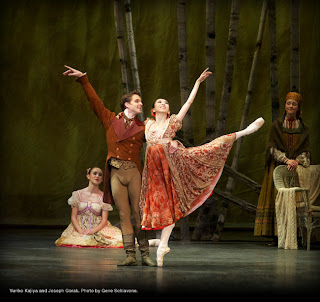 lighting by Duane Schuler. This production of Swan Lake premiered on March 24, 2000 at the Kennedy Center for the Performing Arts in Washington, D.C. with Julie Kent (Odette-Odile), Angel Corella (Prince Siegfried) and Marcelo Gomes (von Rothbart).

Gillian Murphy and Marcelo Gomes will dance the leading roles in the season's first performance of Sir Frederick Ashton's Sylvia on Monday evening, June 24. A ballet in three acts, Sylvia is set to music by Léo Delibes and features costumes and scenery after original designs by Robin and Christopher Ironside. Additional designs for the revival of Sylvia are by Peter Farmer and lighting is by Mark Jonathan. The World Premiere of the original production of Sylvia was given by The Royal Ballet on September 3, 1952 at the Royal Opera House, Covent Garden, London, danced by Margot Fonteyn (Sylvia), Michael Somes (Aminta), John Hart (Orion) and Alexander Grant (Eros). The World Premiere of the revival of Sylvia was given by The Royal Ballet on November 4, 2004 at the Royal Opera House, Covent Garden, danced by Darcey Bussell (Sylvia), Jonathan Cope (Aminta), Thiago Soares (Orion) and Martin Harvey (Eros). Sylvia received its American Ballet Theatre Company Premiere at the Metropolitan Opera House, New York on June 3, 2005, danced by Gillian Murphy (Sylvia), Maxim Beloserkovsky (Aminta), Marcelo Gomes (Orion) and Herman Cornejo (Eros). The ballet, staged for ABT by Christopher Newton, will receive eight performances through June 29.

ABTKids
ABTKids, American Ballet Theatre's annual one-hour introduction to ballet, is scheduled for Saturday morning, June 1 at 11:30 A.M. All tickets for ABTKids are $25.